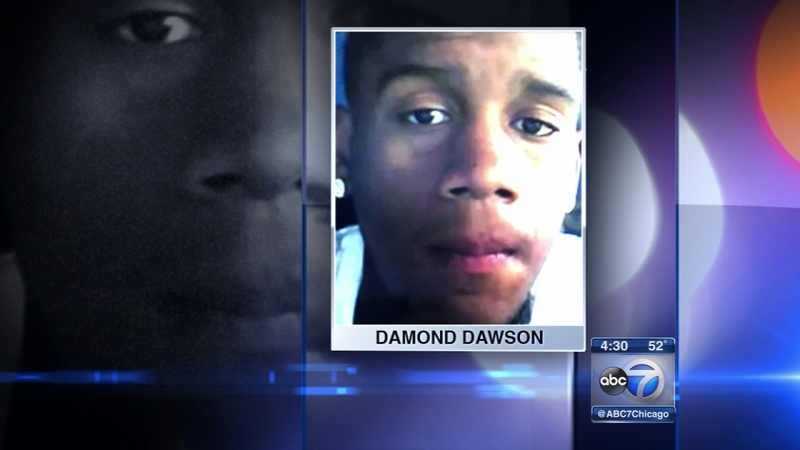 CHICAGO (WLS) -- An aspiring rapper was shot and killed while filming a music video with other artists and friends at Foster Park on Chicago's South Side overnight. Four other people were wounded in the shooting.

Police said someone walked up to the group and opened fire near West 83rd and South Bishop in the city's Auburn Gresham neighborhood just before 2:20 a.m. Tuesday.

A 23-year-old man was shot in the back of the head. He was pronounced dead at the scene, police said. The victim's aunt, Angela Tate, identified him as Damond Dawson, an aspiring rapper. She said she warned him about the danger.

"I always told my kids and my sons and everybody. Stay out of Foster Park because they're shooting people. You don't need to be up there," Tate said.

The shooting was recorded on video. The group was filming for a song called "Two Techs and a 50 Shot," which refers to guns. A rapper, who goes by the name "Foreign Lyfe," said the camera was focused on the group when the gunman approached.

"I heard my homie say that he had seen somebody pulling up or whatever. We turned around and look back again, quick as we looked back, started shooting. Shots coming from everywhere," he said. The video and camera were turned over to police.

Four other people were also shot. A 19-year-old woman was shot twice in the groin. She was transported to Advocate Christ Medical Center, where she is listed in serious condition. A 20-year-old man was shot nine times in the leg, a 25-year-old man suffered a graze wound to the leg and an 18-year-old man suffered a graze wound to the back, police said. They drove to Christ Hospital, where their conditions stabilized. One of the men who was grazed left the hospital early Tuesday, limping. He would not talk on camera.

Area South investigators said the shooting may be gang-related, but there is no word on a specific motive. No one is in custody.