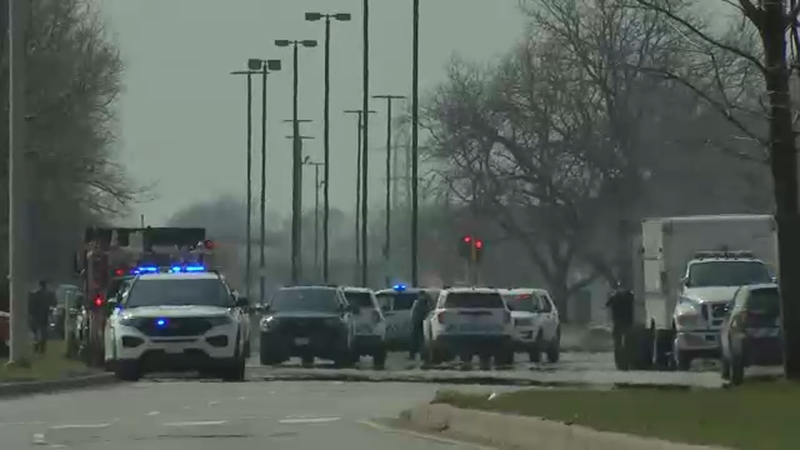 CHICAGO (WLS) -- Body camera footage of a fatal Chicago police shooting over the weekend in Ford City was not fully captured because SWAT team members do not wear body cameras, the Civilian Office of Police Accountability said Monday.

Chicago police responded to a call for a domestic disturbance about 1:15 p.m. Sunday in the 4200-block of West Ford City Drive after initial reports a man shot and injured one person at an apartment complex near the Ford City Mall, officials said.

When officers arrived, they found a 48-year-old woman had been shot in the neck inside a residence on the block, police said. Officers spoke with a male suspect, who then shot at police, according to COPA.

Members of the Chicago Police Department SWAT team were notified and engaged the suspect.

After a series of conversations, the suspect threatened members of the department's SWAT team with a firearm, COPA said. A SWAT officer then fired his weapon, fatally striking the suspect.

COPA investigators responded to the scene and began reviewing body camera footage of the incident.

The initial interaction between the suspect and police was captured, but, because SWAT team members do not have bodycams, the fatal shooting was only partially captured by a Chicago police officer's bodycam that was in the vicinity.

The 48-year-old woman was taken to a local hospital in critical condition.

And a 78-year-old man was also found at the scene with a gunshot wound to the shoulder, which police said came from the gunman. He was transported to Christ Hospital in critical condition.

Police have not said if there was a relationship among the two victims and the alleged shooter.

One weapon was recovered from the scene.

Anyone with information on the incident is asked to call COPA at 312-746-3609 or visit ChicagoCOPA.org.