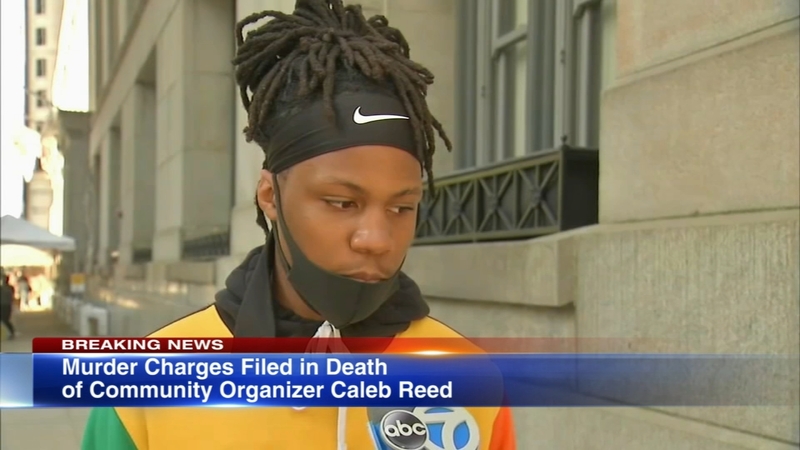 CHICAGO (WLS) -- An 18-year-old has been charged with murder in the shooting death of a 17-year-old activist and organizer in the city's West Rogers Park neighborhood.

Caleb Reed was front and center speaking out against police in schools. A student at Mather High School, he had been working with Voices of Youth in Chicago Education, or VOYCE, for about a year at the time of his death. The student-led group advocates for the removal of police officers in schools.

On July 31, Reed was near the Misericordia Home in the 1900-block of West Granville shortly before 1 p.m. when he was shot in the head.

Monday, police charged Genove Martin of Chicago with one felony count of first-degree murder in Reed's death. Police said he was taken into custody Sunday morning in the 7000-block of South State Street.

At the time of his murder, police were trying to determine if Reed was targeted. Investigators have not released any further details about the motive in this case.