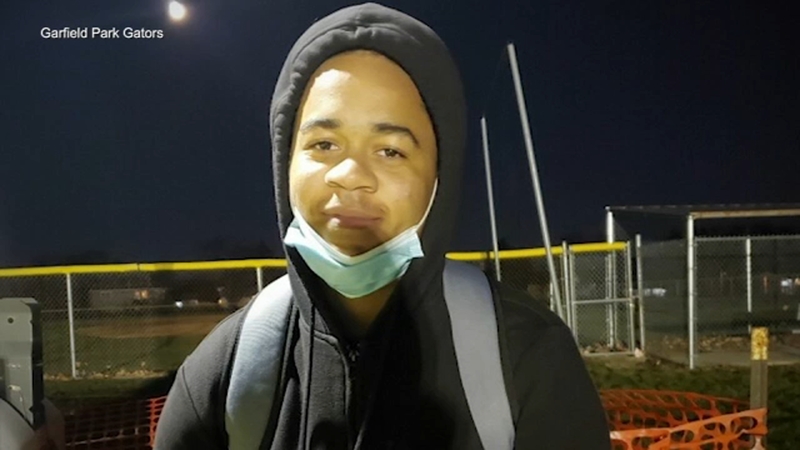 CHICAGO (WLS) -- A 15-year-old boy was fatally shot in Noble Square on the Northwest Side Tuesday afternoon.

The teen was in the 800 block of North Greenview Avenue about 1:15 p.m. when someone approached and opened fire, striking him in the chest and arm, Chicago police said.

He was taken to Stroger Hospital initially in critical condition, but died to his injuries, police said. He was identified as Caleb Westbrooks by the Cook County medical examiner's office.

Westbrooks was a freshman at Rauner College Prep, and played for the Garfield Park Gators.

"This was a kid that had dreams of going to college, playing football," said Tim Hall, Garfield Park Gators coach.

Rauner College Prep's principal sent a note to families and students Tuesday night, saying in part, "Caleb was a 9th grader with so much personality. He loved to crack a joke and always brought positivity and light to his classmates and teachers."

Westbrooks is one of at least five children hit by bullets since noon Tuesday. An 11-year-old girl and 16-year-old boy were both struck in a drive-by shooting in West Pullman near 122nd and Lowe. And a 16-year-old boy and a 17-year-old girl were shot in Englewood about an hour before the Noble Square shooting.

The gruesomely violent day for children weighs on youth leaders, who say there are so few programs for the teenagers when they need it most.

"After 14 there is nothing, and once you lose them to the streets, they're gone for good," Hall said.

No arrests have been reported in any of the shootings.