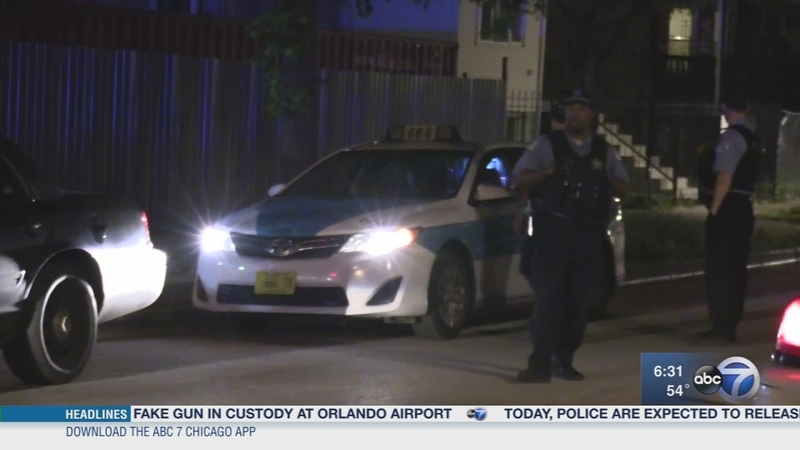 The taxi driver, identified by his two sons as 58-year-old Talal Kurdieh, was hailed just before 1:05 a.m. in the 700-block of North Avers Avenue, by a man who apparently did not want a ride. The sons said he wanted money.

"Instead of the guy coming into the car, actually, he said he was a strong-arm robber and tried to kill my father," said Abed Kurdieh, the victim's son.

Talal Kurdieh was shot in the chest. He managed to drive nearly half a mile, to the corner of West Chicago and North St. Louis avenues, before calling for help.

He was transported to Stroger Hospital, where his condition stabilized. The bullet narrowly missed his vital organs. His sons met him at the hospital.

"It's just really sad someone would do this to an older man, someone that really just means good to everybody and only good to anybody," Abed Kurdieh said.

"I just don't know why they would do something like that. My dad doesn't mean any harm," said Zade Kurdieh, the victim's son.

Representatives for Cab Drivers United said the shooting is a reminder of how dangerous driving a taxi can be.

"In the back of your mind, you often wonder about someone assaulting you. Even though it's a felony," said Chad Small, an organizer for Cab Drivers United.

Kurdieh's sons said their father normally would never go to East Garfield Park to pick up fares. But with recent competition with rideshare companies like Uber, he had been venturing into Chicago's more dangerous neighborhoods.

Kurdieh is Palestinian born. He had just finished praying when he was shot. His sons describe their dad as a family man from Chicago's Lincoln Square neighborhood. He has been a cab driver for 35 years and drives a Flash cab.

ABC7 Eyewitness News reached out to the cab company Kurdieh works for, but has not heard back.