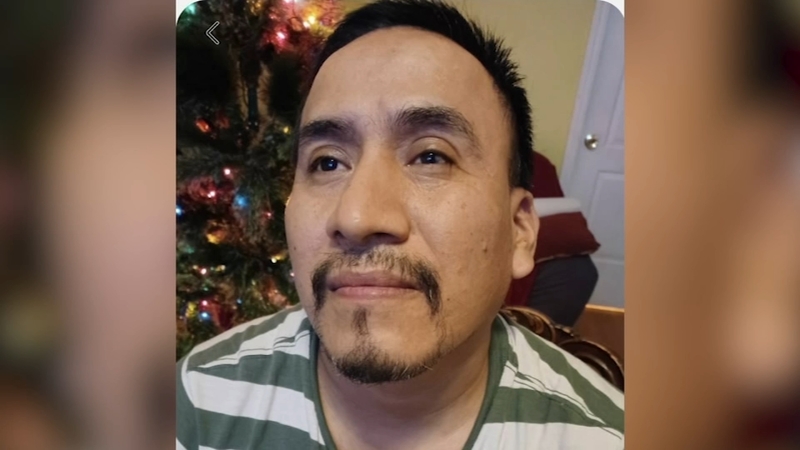 Police said he 47-year-old victim was standing in an alley in the 3400-block of North Clark Street at about when shots were fired at about 10:15 p.m.

He was transported by the Chicago Fire Department to Illinois Masonic Medical Center in critical condition with gunshot wounds to the chest and armpit area, where he later died.

Family identified the victim as Hermilo Beltran, a father of two. His widow said he was a hard-working man on his way to his second job as a custodian at Happy Camper Pizza. She said police told her they believe he was killed in a robbery gone wrong.

"He was taken away by people who do not know what they are doing," she said through a translator. "They left our daughters orphaned."

She said police told her Beltran's cell phone was found in the alley after his death, but his wallet was missing.

The Lakeview East Chamber of Commerce contributes to a private security force in the neighborhood, operating in addition to Chicago police. There are also numerous cameras in the area. One was able to record video believed to be of the suspect in a silver Mercedes sedan leaving the area after the shooting.

Beltran's wife said he worked two jobs and she often went with him to Wrigleyville to make sure he was safe. But not last night.

"For some reason, he didn't bother to wake me up," she said, and added she wishes he had been with him.

Alderman Tom Tunney, who represents the 44th Ward where Lakeview is located, said the 19th District Police Department is down from a high of 400 officers a couple years ago to only 300 now. He said he has repeatedly called for additional resources for the neighborhood.