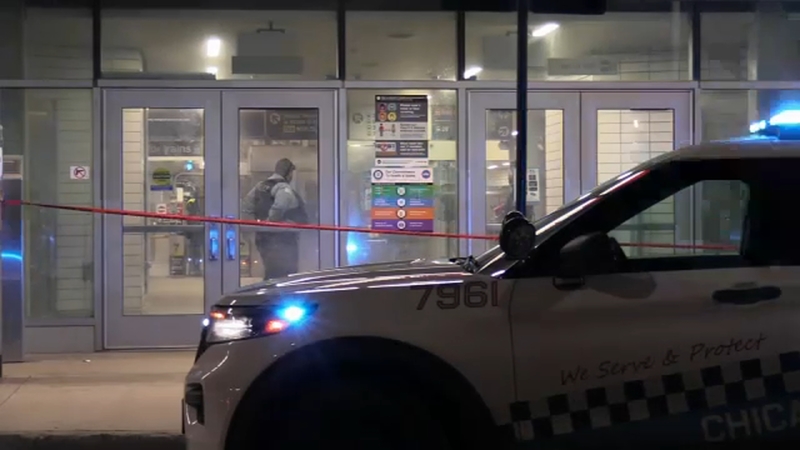 CHICAGO (WLS) -- The CTA worker charged with attempted murder after shooting a man at a Red Line station is being held without bond, a judge ruled Sunday.

In a video that has been shared widely on social media, you can see a CTA worker get shoved to the ground. He then stands up with a gun in his hand and starts shooting.

Chicago police said the two men were arguing around 2:13 a.m., but when the victim started walking away, that's when Adams shot him, striking the man three times. He sustained a gunshot wound to the lower abdomen, back and lower left leg.

ABC7 has frozen the video after shot rang out, as you can see the man at the bottom of the stairwell after the shooting.

The man shot was taken to University of Chicago Medical Center in critical condition.

Adams remained at the scene after the shooting and allegedly admitted to doing it, according to police.

Despite having no criminal history, the judge referenced a mandatory ruling for no bond since Adams inflicted great bodily harm.

The judge also highlighted the prosecutor's comments of the victim trying to leave, reaching the top of the stairwell before Adams chased him down and fired his weapon nine times.

Police arrested Adams, who lives in Lynwood, and recovered a weapon at the scene.

The Chicago Transit Authority confirmed in a statement Saturday that Adams was a CTA employee working as a customer assistant. CTA said they were pursuing termination of Adams, who had broken various workplace rules, including possession of a firearm.

"The CTA continues to work closely with the Chicago Police Department as they investigate last night's incident and the circumstances surrounding it," CTA said. "The behavior of this one employee is not at all reflective of the thousands of hardworking, dedicated men and women who take pride in their work and responsibly perform their duties each day."

Red Line service was temporarily suspended but resumed about an hour later, according to CTA.