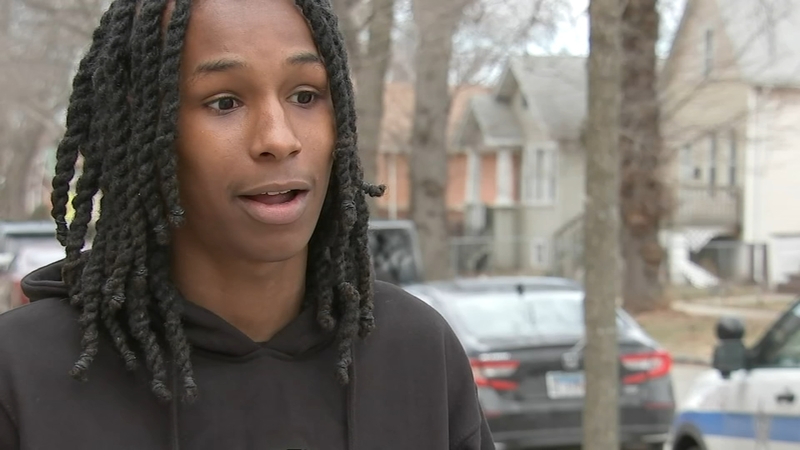 CHICAGO (WLS) -- The gun violence that is plaguing the city was the topic of discussion at a town hall meeting Thursday afternoon at Fenger High School on the city's Far South Side.

Speaking to students in a language they can relate to, local activist and philanthropist Early Walker assembled a diverse group of people, from local DJ's to a Cook County Judge, for a town hall aimed at getting high school kids to open up about a subject that unfortunately is part of the daily lives of many: gun violence.

"I was at the night club the night that Lil Durk's brother got killed," DJ Pharris said. "I was DJ'ing. The party was over. I saw him leave, he was a very good friend of mine."

On the panel were some familiar faces from the Chicago Police Department and City Council, but it was the inclusion of two of Fenger's own - both recent victims of gun violence - that was the most impactful.

"The bullet hit me and I just fell. I just landed. I blacked out a little bit," Darren Brookins said. "When I woke back up I was in the ambulance."

Brookins, 16, was walking out of his Altgeld Gardens home on May 19, 2021, when he was shot in the stomach by a bullet meant for another. By his own admission, Brookins spent much of last year absent from virtual learning, getting into trouble.

It was during his two weeks in hospital, Brookins and his family realized things needed to change. And so he moved out of Altgeld Gardens and came back to school.

"Stay out of trouble. That's all I've been trying to do," he said. "Stay in school. Graduate from high school."

But will listening to Brookins story and others make any difference to these high schoolers? Walker admits, it's an uphill battle.