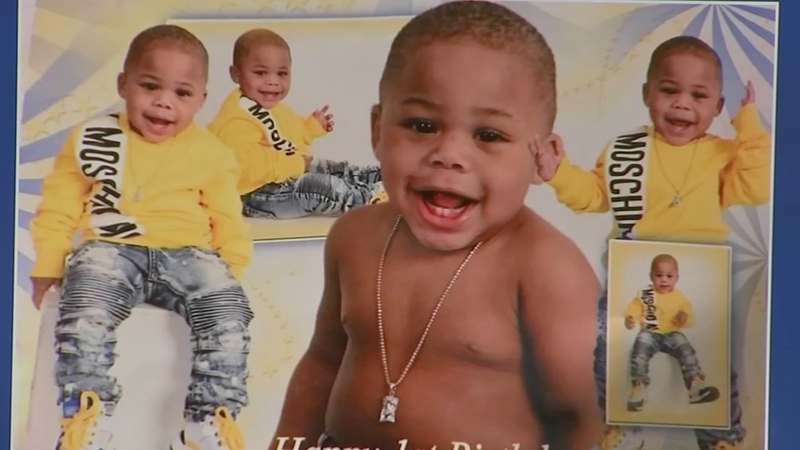 CHICAGO (WLS) -- A $13,000 reward is being offered for information that leads to an arrest in the fatal shooting of a 3-year-old boy over Father's Day weekend.

Several community groups and church leaders came together to raise the reward money after Mekhi James was killed on his way home from a haircut.

Losing a toddler to gun violence is beyond words, and Mekhi's family is heartbroken.

"I am not supposed to be standing here," said Myesha James, the boy's mother.

James sent her 3-year-old boy to get a haircut with his stepdad last Saturday. On their way home, Mekhi was shot and killed while riding in the backseat of a car.

Mekhi's stepdad, who asked not to be identified by name, wrote a poem in memory of his little boy.

There is a growing memorial for Mekhi James along the fence of the family's West Side home with pictures and balloons. He was one of more than 100 people shot during a violent Father's Day weekend in Chicago.

"Everywhere you go. It is violence everywhere. You can't run from it," said Christal Allen, the boy's aunt.

"We do want justice, but it ain't gonna bring him back," the boy's mother said. "They say it will help me sleep better, but I don't know."