Area residents gather to protest Chicago violence against kids, women in 2022 so far 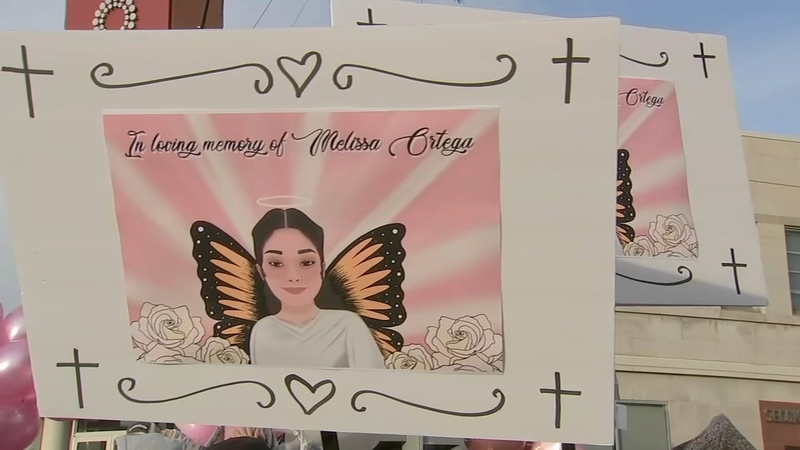 CHICAGO (WLS) -- The New Year is getting off to a violent start in Chicago.

This week Chicago police will release statistics on shootings and other crimes in the city during the month of January.

On Saturday, crowds gathered for two events that put a spotlight on the problem.

People continue to rally together across Chicago in protest of the recent violence across the city.

It's been one week since 8-year-old Melissa Ortega was killed in Little Village.

And now her community is standing up against that violence in unity.

People marched down 26th Street toward Pulaski Road, where the little girl was killed - caught in the crossfire between rival gang members, as she walked with her mother.

Delilah Martinez with the Mural Movement said they plan to create a mural for Melissa in Little Village.

RELATED: $15.5K reward offered for information on murder of hairstylist

"This affects me in many ways because this affects my community," Martinez said. "My family is from Little Village and from Pilsen, and I could just imagine if this was my daughter, or my cousin or my little sister."

Another rally is coming from the Markham chapter of the Zeta Phi Beta Sorority, joining local elected officials to increase awareness of violence against Black women.

On Jan. 14, hairstylist Tamiko Talbert-Fleming was gunned down as she parked her car before working at a Chicago Lawn hair salon.

Just days before that, pregnant mom 29-year old Derricka Patrick was shot to death while she sat in her parked car in front of her South Side home.