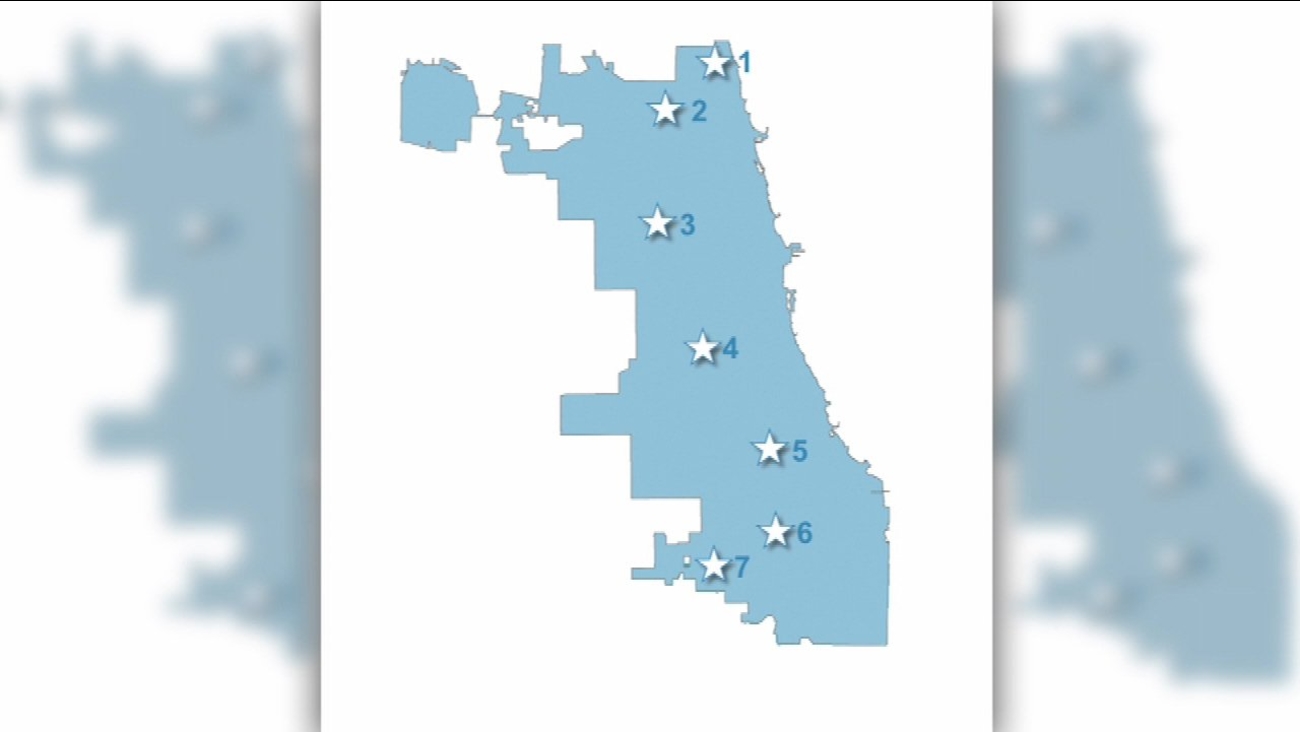 Seven neighborhoods from across the city have been selected for a demonstration of the Chicago Smart Lighting Project. Each neighborhood will get new lighting on one arterial street, one residential block and one alley.

The mayor will kick off the demonstration Monday afternoon.

Over the next four years, 270,000 outdated lamps will be replaced with modern, energy-efficient LED lights. The city said that the new streetlights will last two to three times longer and will automatically notify the city when one goes out.

For more information and to provide feedback, visit www.chicagodot.org.

In Rogers Park, the new street lights will go up along Touhy Avenue from Paulina Street to Ashland Avenue, along Paulina from Touhy to Chase avenues and an alley from Ashland to Paulina between Touhy and Chase avenues.

In the Humboldt Park neighborhood, the lights are located along Hamlin Avenue from Augusta Boulevard to Iowa Street, along Augusta from Hamlin to Lawndale avenues and in the alley from Augusta to Iowa between Hamlin and Ridgeway avenues.

In the Back of the Yards neighborhoods, the lights are located along Wood Street from 46th to 47th streets, along 46th Street from Wood Street to Wolcott Avenue and in the alley running south from 46th between Wood and Honore streets.