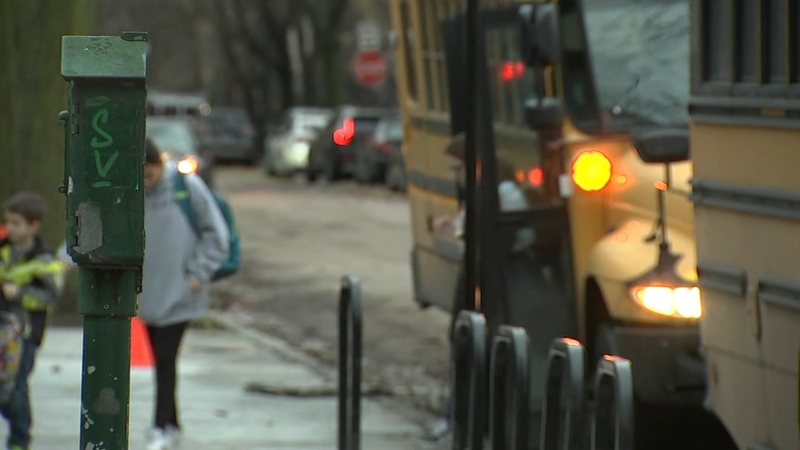 CHICAGO (WLS) -- There was a spike in teacher absences Wednesday in Chicago Public Schools. As a result of the teachers strike, the day before Thanksgiving was supposed to be the first make-up day, but more than 2,000 teachers did not show up.

It was supposed to be a day off for students and teachers, but in the deal that settled the teachers strike, five of the 11 missed days had to be made up. But many teachers already had made holiday travel plans and so did not show up for work.

"To add the make-up days around holidays when people have plans is foolish," parent Kristan Vaughn said.

CPS was bracing for a significant increase in teacher absenteeism projected to be 12.4 percent, or about 2,500 teachers. That's 35 percent higher than last Wednesday, meaning about 640 more teachers than usual either called in sick, took a personal day, or a day without pay.

"I just think that they could have been clearer about making up days that were more convenient for all of the parties in the school community," said CTU vice president Stacy Davis Gates.

ABC7's Craig Wall asked, "Are you saying that CPS is to blame for the high number of teachers who aren't here today by picking this day that they might've already had travel plans for?"

In a statement, CPS said: "We are confident that schools and networks are able to support their staffing needs today even with the high number of teacher absences we expect."

Shawn Wagner and his son were trying to make the best of the inconvenience of this make-up day.

"Today's the day we normally use to go get our Christmas tree, and we normally do it during the day, so we'll just do it after work today, after school today, so we'll make it work," he said.

But with the next two make-up days scheduled for January 2 and 3, more teachers and families may miss school again.

"In January I know many people, including ourselves, have already made our travel plans, so that makeup days they added on the 2nd and 3rd, we won't be here," Vaughn said.

Davis Gates would not say if she expects another spike in teachers being out those days.