CHICAGO (WLS) -- Just days before Chicago Public Schools teachers could walk off the job, a new ABC7/Chicago Sun-Times poll shows nearly half of the people surveyed support a strike.

The survey found 49% of voters either strongly or somewhat support a walkout, while 38% are opposed. 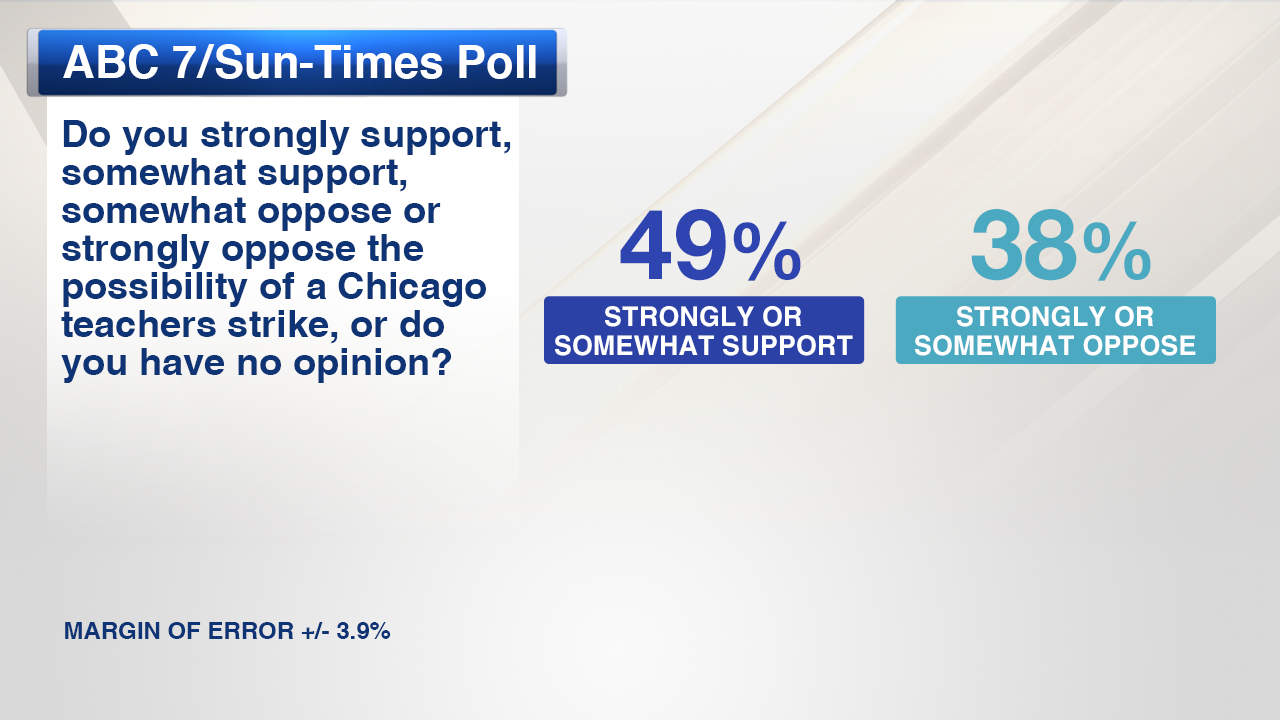 "Most people don't want strikes in general," said ABC7 political analyst Laura Washington, "The union has done a very good job in making their case. They've got a number of other public unions that are supporting them."

In the ABC7/Sun-Times poll, 75% of the 618 respondents said they do not have a CPS student. Twenty-five percent of the people surveyed said they are parents of a CPS student.

"Most of the people polled don't have skin in the game so that might make a difference in how they feel about this issue." Washington said. 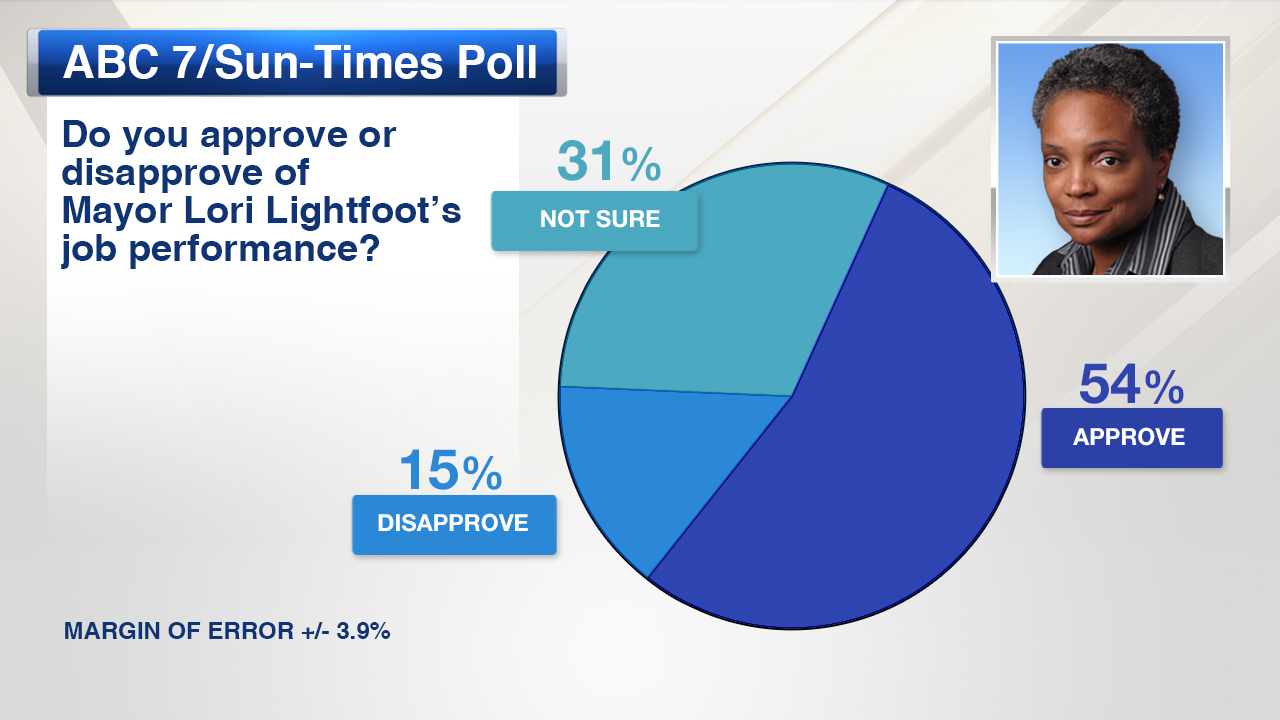 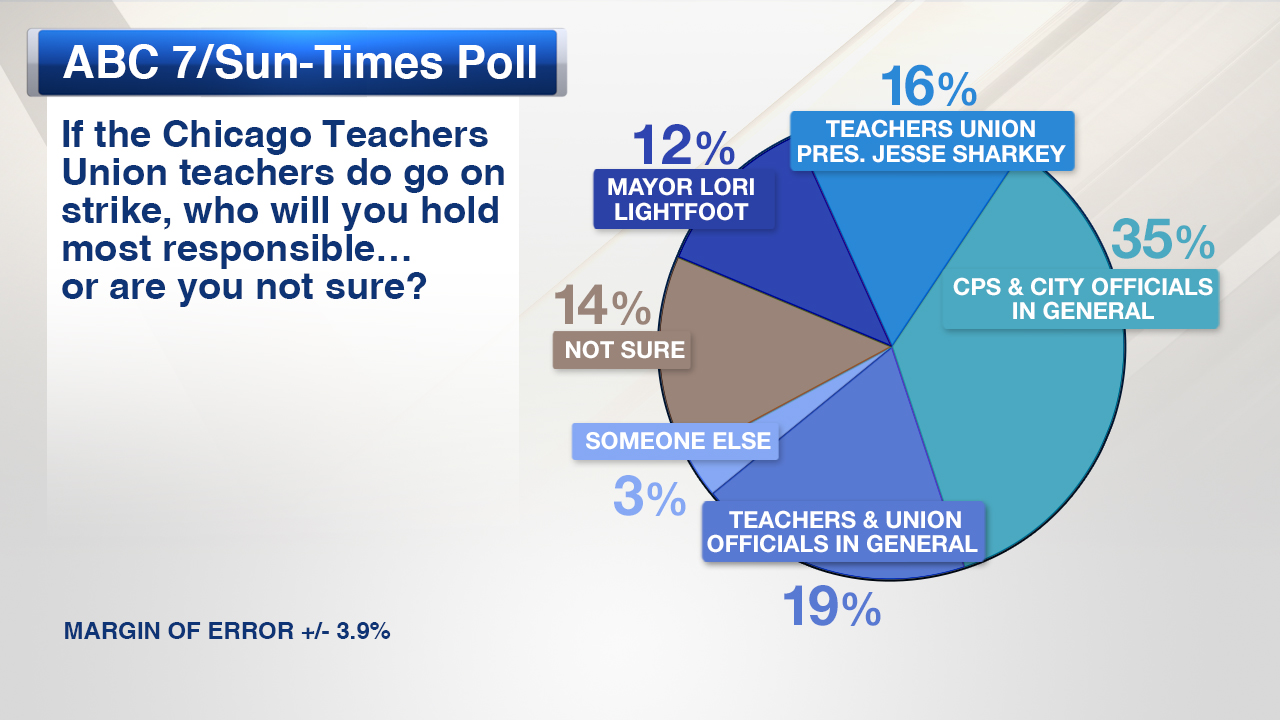 The last time CTU teachers went on strike was in September of 2012. Political leaders have changed in the years following that dispute.

"You have two different sets of personalities. Rahm Emanuel and Karen Lewis made it very personal." Washington said. "I don't think you're seeing that with Lori Lightfoot and Jesse Sharkey. It's not about the personal relationship, it's about what's right for the kids." 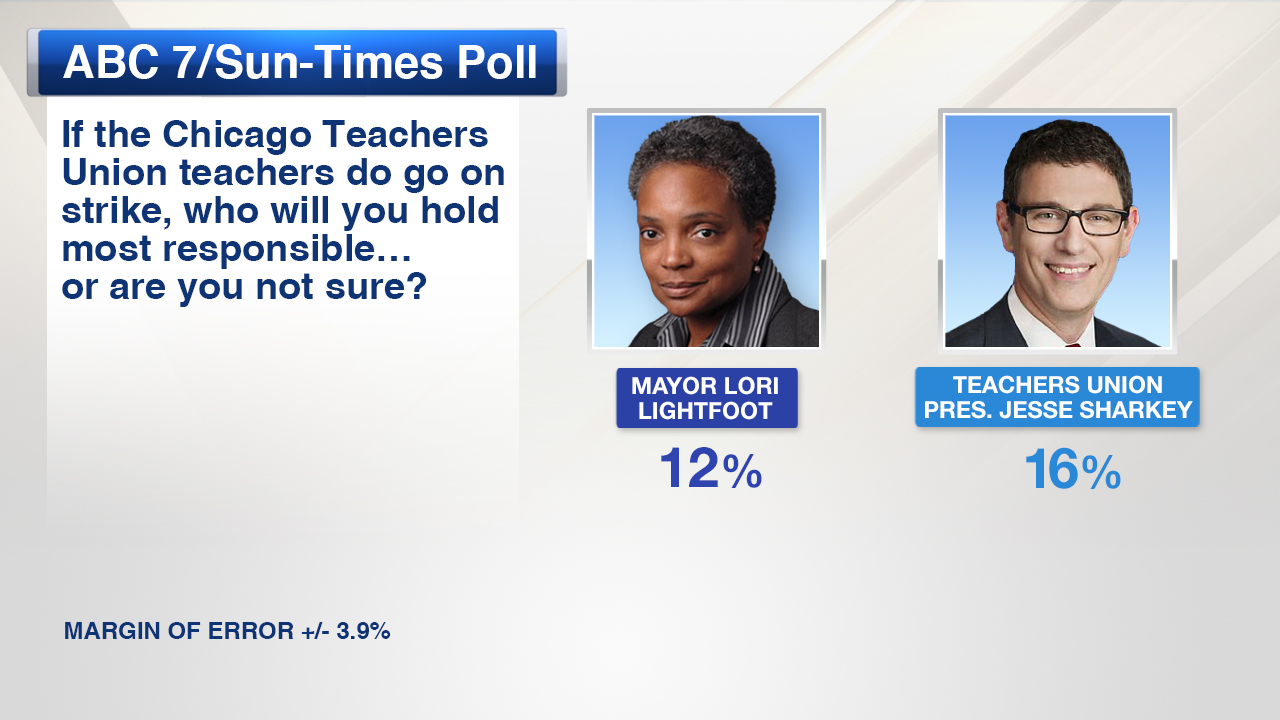 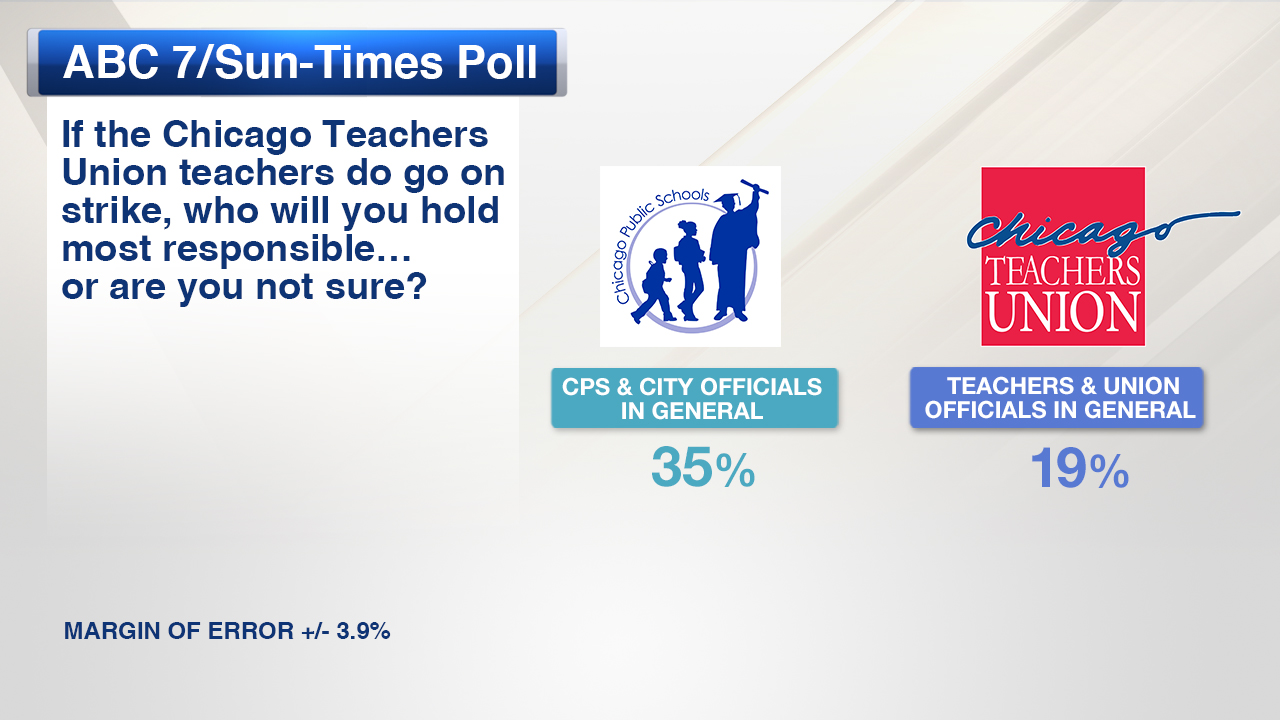 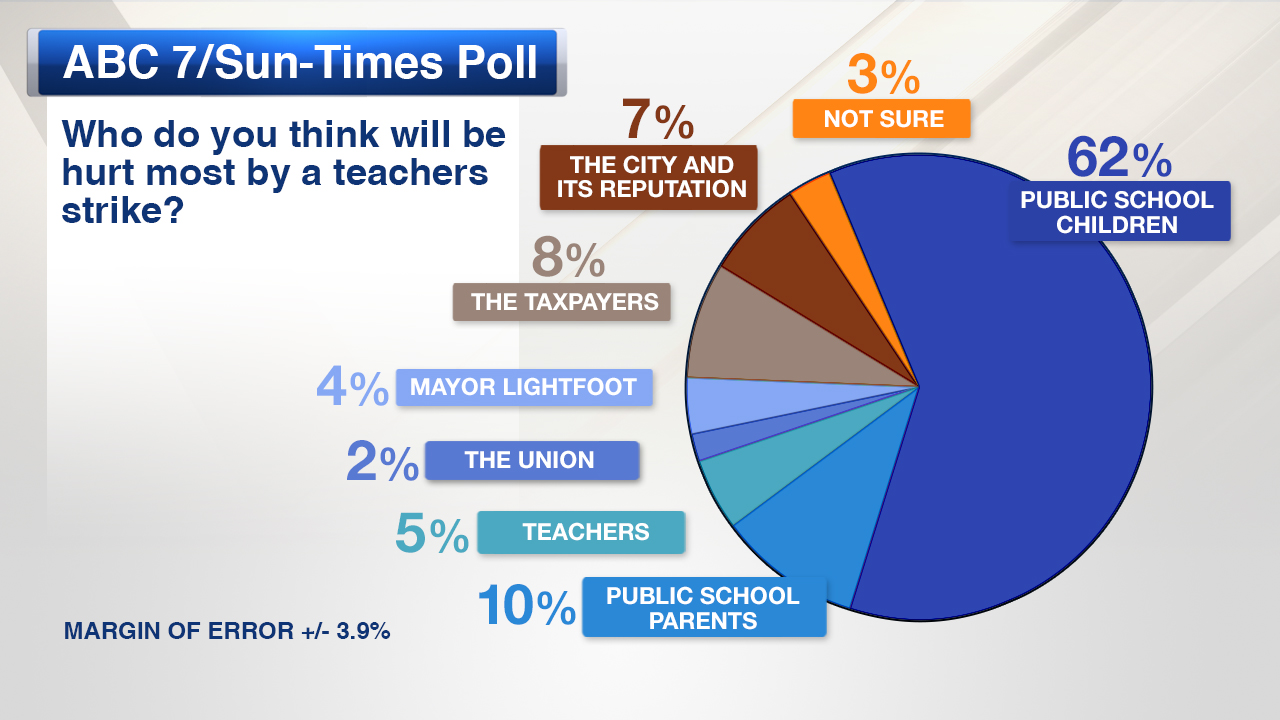