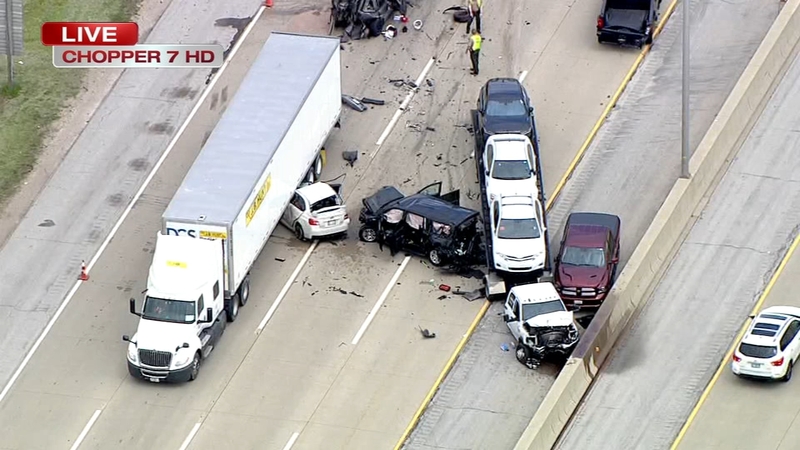 GLENVIEW, Ill. (WLS) -- One person was killed in a 10-vehicle-pileup on the Tri-State Tollway in the Glenview area that created a massive traffic backup Tuesday morning,

Illinois State Police said the crash occurred in the southbound lanes of I-294 near Central Road at about 6:02 a.m.

Two other people were injured in the crash, police said.

Chopper 7HD flew above the scene as emergency crews responded to the crash, which involved a semi-trailer, a car carier and several other vehicles.