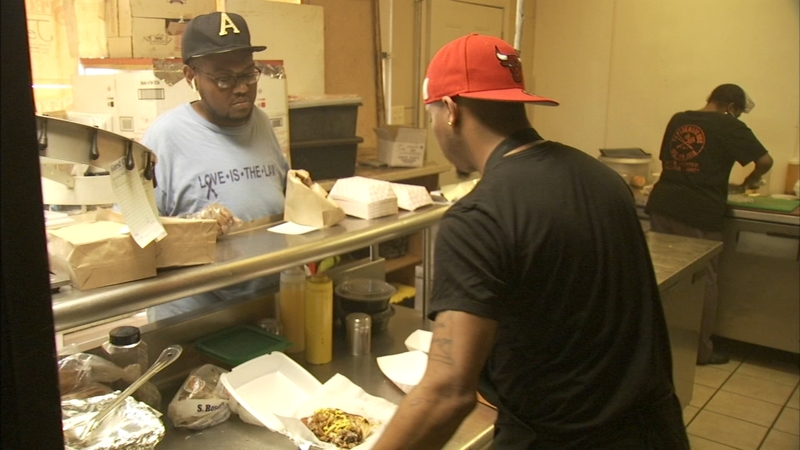 CHICAGO (WLS) -- The Chicago Urban League released its "The State of Black Chicago: Getting to Equal" report, offering an eye-opening snapshot of several large disparities among black youth in the city.

The organization said three out of 10 black boys will not graduate high school, and when it comes to college readiness about 23% of them are up to speed compared to 73% of white boys.

Black girls are just slightly better at 29.5%, while 78% of white girls make the grade.

But there are people in the city of Chicago who hope to change what could be an uncertain future.

Rayanna Anderson works at Taylor Made Que Restaurant in the city's Englewood neighborhood. Her job is good enough for now, but the teenager worries she will never be able to achieve her dream of becoming a chemical engineer.

The Chicago Urban League's report is frank about how the lack of racial equity and inclusion impact African Americans in the city.

"We see disparities in education and the kinds of jobs that people hold, that African Americans hold compared to others in the city, namely white residents," said Calmetta Coleman, Chicago Urban League.

The report shows people of color are being boxed out of careers in technology because they have little access to the science, engineering and math resources necessary for success.

The findings, which are a combination of statistics from data from the U.S. Census, Chicago Public Schools and other public information, were presented Tuesday during an annual luncheon hosted by the South Side non-profit.

According to the student, those affected most by the disparities live on the south and west sides of the city.

That comes as no surprise to Anderson's father, Gregory Taylor. He said he came up the hard way, with only a mother and not much else. Now a father and entrepreneur, he said African Americans can change their future for the better.