Teens hold anti-violence camp out in Back of the Yards 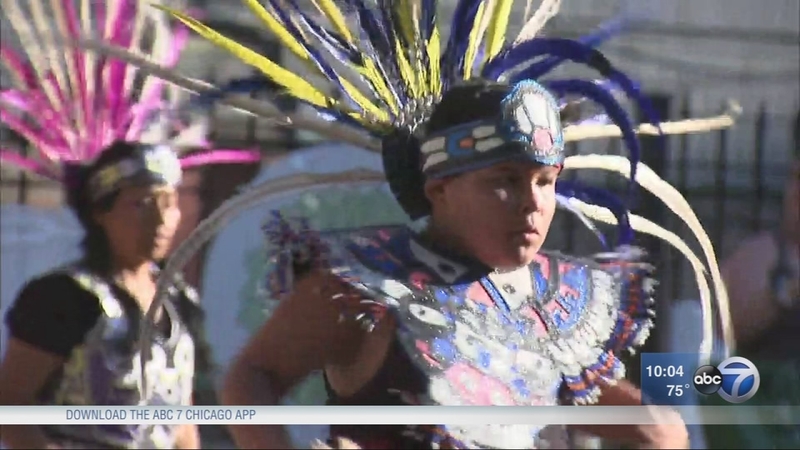 Teens hold anti-violence camp out in Back of the Yards

CHICAGO (WLS) -- A camp out is being held Friday night in Chicago's Back of the Yards neighborhood as part of a seven-week-long push by one group to try to stop the violence in Chicago.

The Sleep Out at St. Joseph's Church is sponsored by the Resurrection Project. The teens involved are taking back their neighborhood to stop the violence. Carlos Yanez, 16, a Back of the Yards resident, hopes to make a difference.

"Many people look at the youth as a problem and in reality, they're really part of the solution," Yanez said.

The first Friday night overnight camp out was held outside of St. Joseph Church at 48th Street and Hermitage Avenue on the city's southwest side, before eventually moving on to other neighborhoods like Englewood, Little Village and Pilsen.

At the backyard party in Back of the Yards, the all-night gathering fed stomachs and souls. The community's heart is beating with hope.

"We're not looking for an immediate solution, but we want to have something, build something up, continue to strive forward to create a change," said Armando Guillen, Back of the Yards resident.

Some 40 youths are leading the prevention program under the hashtag #IncreaseThePeace, with goals of stopping gun violence with mass camp outs along blocks plagued by shootings.

"At the end of the day, if we want to see change in our community, the only way that's going to happen is if it's driven from within," said Jose Munoz, Resurrection Project.

The 2017 anti-violence effort comes after a violent July Fourth holiday weekend where more than 100 people were wounded and at least 15 killed in shootings spanning from Friday evening through Tuesday night.

Like a lot of kids here, 17-year-old Nashon Williams has been left shake by the violence. She recently lost a relative to gun violence in June, and wanted to do something to bring about positive change in her community.

"We're trying to help the community and help them see how us young people can make a change too," Williams said.

At a time when tough talk is being directed at gangs, the message of the camp out was different.

"We'll be willing to hear the people that, especially those who are suffering, the youth, those who are shooting, hey what happened? Do you need help? Please, let us know," said Father Hugo Londono, St. Joseph Roman Catholic Church.

Among those attending was former gang member Juan Esquivei. Paralyzed in a shooting as a teenager, he found redemption in the community and said peace lies in connection.