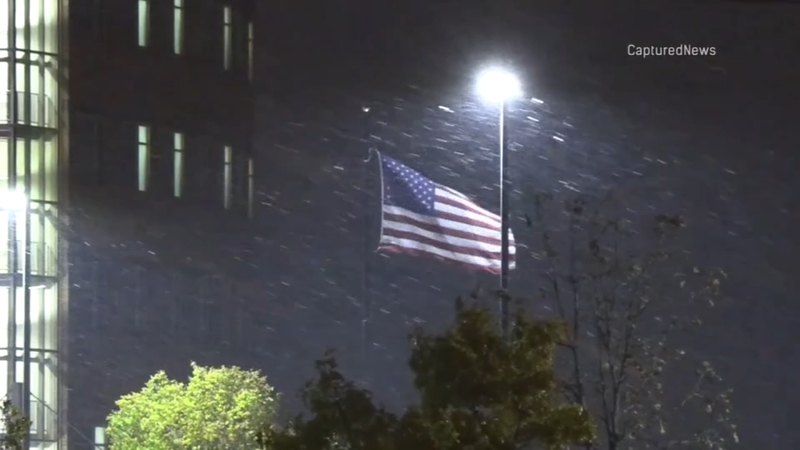 CHICAGO (WLS) -- Parts of the Chicago area saw the first snow of the season Monday morning.

Most of the Chicago area experienced rain, but parts of Elgin saw enough snowflakes to cover some cars. O'Hare Airport reported a trace amount of snow Monday morning, with Barrington Hills and Mount Prospect also seeing some flakes.

After the initial round of rain and wintry mix, a second round has moved into the area, with snow seen falling downtown shortly after 10 a.m.

The first round of rain and wintry mix is expected to come to an end Monday morning, with another round coming in later in the morning near noon.