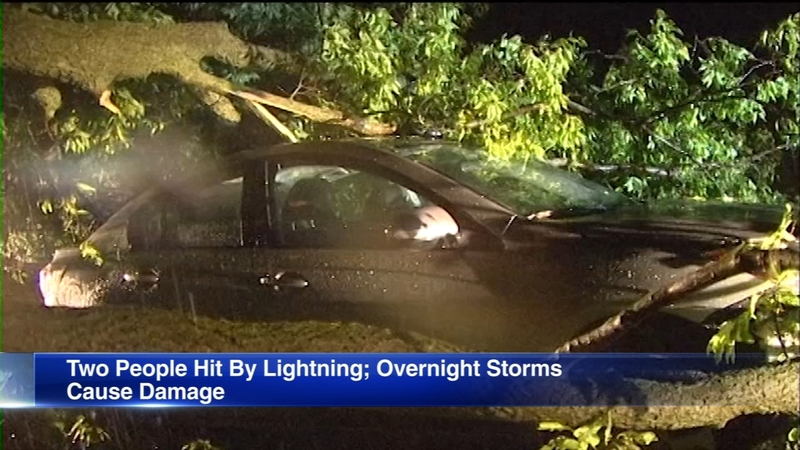 2 hit by lightning as storms move through Chicago area

The two people were near Bob's Pantry and Deli at 55 St. Johns Ave. Both people reportedly had burns and were conscious.

Meanwhile, the village of Kirkland in DeKalb County saw some storm damage.

Village President Ryan Block said a tree fell and took down a power line and some phone lines. Trees there causing several problems.

"Just west of town here, we had a pretty good size tree that fell down on McNeal Road and Irene Road and we ended up having a pedestrian in a vehicle, did not see it and drove into the tree," Block said.

The driver is expected to be OK.

Some very heavy rain at Wrigley field led to the Cubs game against the New York Mets to be suspended in the 10th inning. It is scheduled to resume at noon.

Steady rain continued Wednesday morning, with some standing water on the roads and drivers are asked to take caution on the slick roads.

One crash occurred at about 4:30 a.m. on the Stevenson Expressway near Harlem Avenue. The two-car crash left several people on the side of the expressway while crews worked to investigate and clear it. 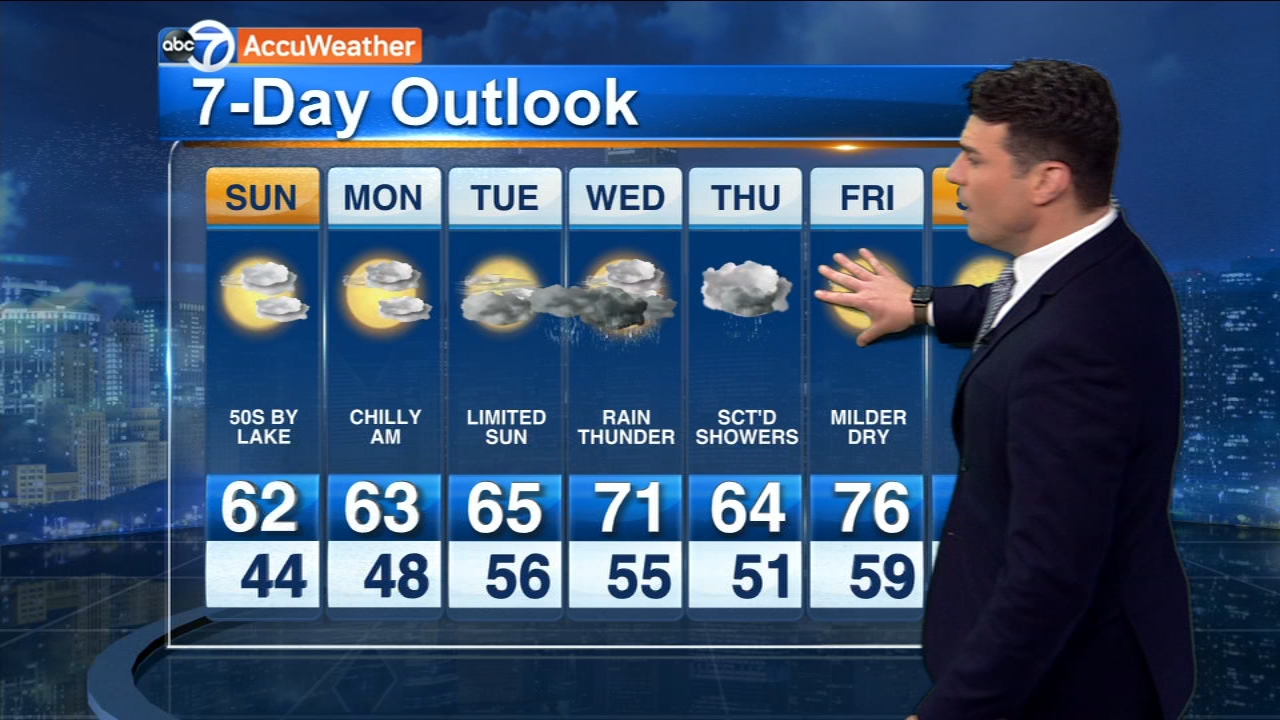