CHICAGO (WLS) -- Scattered but intense thunderstorms moving through the Chicago area Monday night are expected to last until Wednesday morning.

Heavy rains, strong wind gusts and some hail have been reported, with some of the strongest storms in Chicago's northern suburbs and most of the damage from Monday's storms appears to be in Arlington Heights.

Tommy Bucchianeri had damage to his home and yard, patio furniture in shambles, a gutter left mangled, trees down and branches everywhere.

"I got very scared," Bucchianeri said. "The wind had to be 100 miles per hour or more. These trees were bowing."

As the storm bore down spewing hail and toppling trees, Bucchianeri and his dog Cleo huddled in his kitchen.

The storm also downed power lines onto busy Euclid Road, uprooting an evergreen and damaging a car in the driveway of a home.

"It was bad, but I didn't think bad enough to rip a tree out of the ground," said neighborhood resident Lauren Stump.

At a church, a group of Boy Scouts sought shelter after preparing to venture into a tree-lined field to work on a merit badge requirement.

"We had a mile course set up, and fortunately we did not leave before the storm hit," said Boy Scout leader Kerry Pearson.

There were also reports of tree damage in southwest suburban Plainfield and in Chicago's Rogers Park neighborhood.

A viaduct in Highland Park flooded, trapping three cars for a short period of time, officials say. Those in the cars were able to get to safety, but the vehicle shad to be towed from the area. A businessman in the area says the winds and rain were so intense for about 10 minutes that rain came down horizontally.

Trees down due to wind gusts of up to 40 to 50 mph have been reported throughout the area. 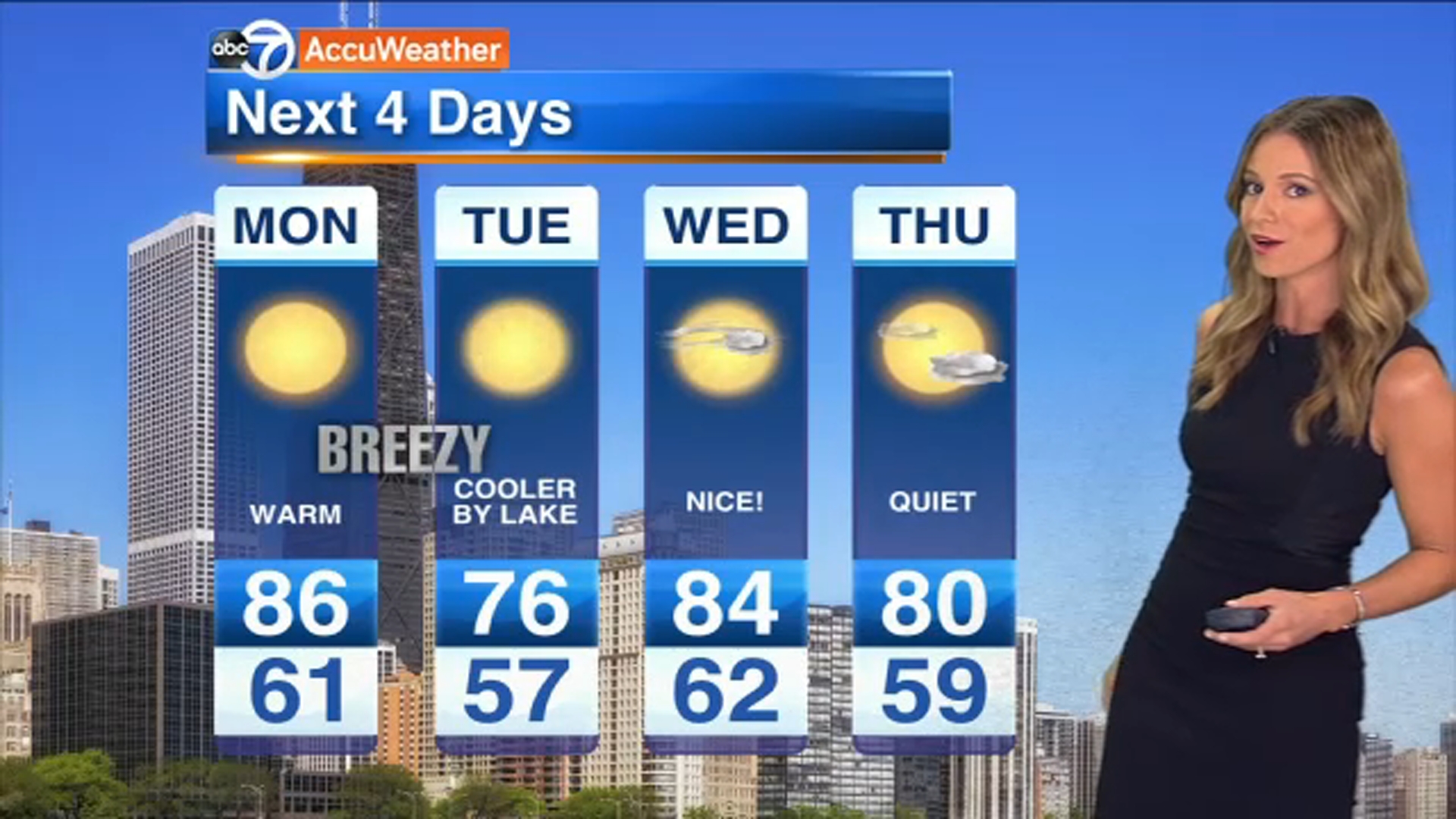 The isolated to scattered storms are to return overnight. Scattered showers and storms are predicted to last throughout Tuesday morning with a brief break in the afternoon and then another round of strong to severe storms developing Tuesday night. Those storms, with a moderate risk of gusty winds, heavy rains and hail, will last into Wednesday morning.

The storms are part of a cold front moving in from the west that will drop area temperatures from the mid-80s into the low 70s overnight. The cooler temperatures will last through Wednesday before a warm-up begins in time for the weekend.

Temperatures across the nation have soared recently, and New York City declared its first heat wave in two years.