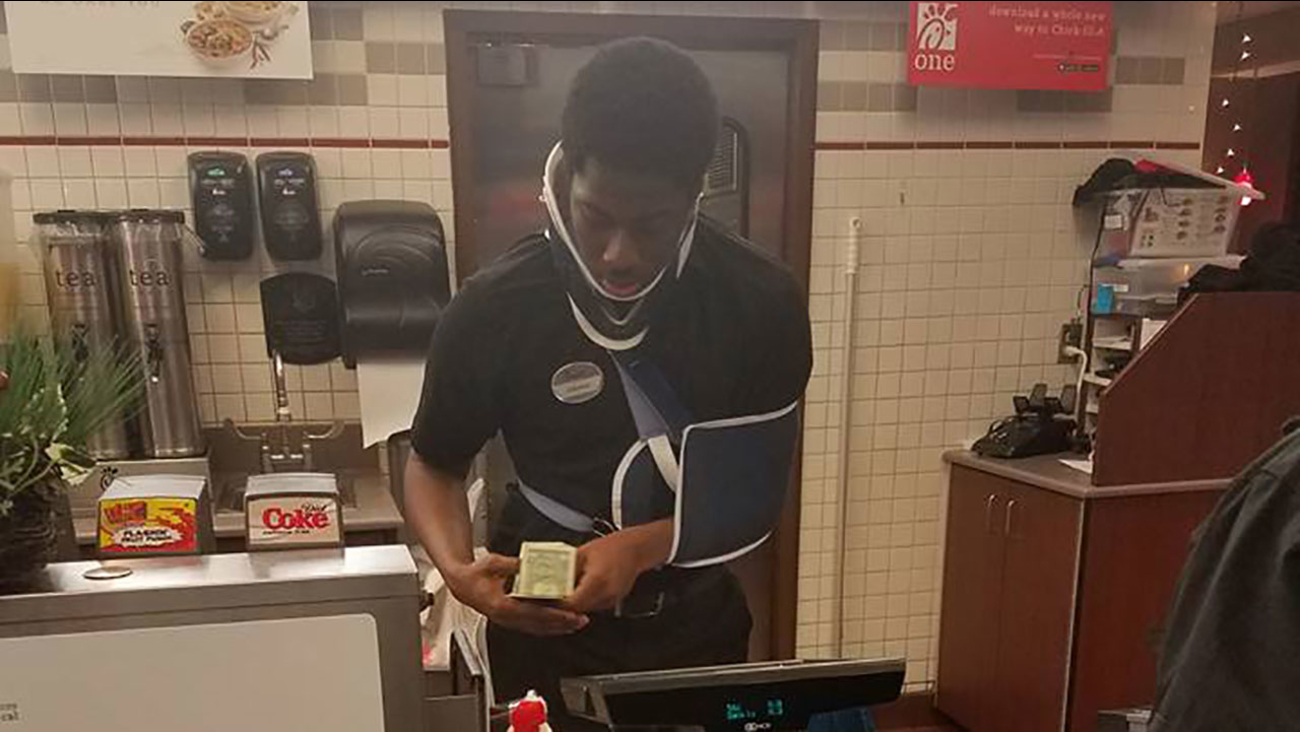 INDIANAPOLIS, Ind. -- A Chick-fil-A employee is showing the world that a serious car accident isn't going to stop him from showing up to work.

Cameron Nelson was at Chick-fil-A in Indianapolis. He opted for going inside to order because the drive-thru line was too long. When Nelson approached the counter to place his order, he saw an employee wearing a brace around his neck and a sling on his arm working behind the register.

Nelson snapped a photo of the employee, whose name is Jakeem Tyler, and shared it on his Facebook page on Dec. 8 commending his dedication to work, despite his injuries.

"For anyone to work in those conditions is commendable, but it's amazing for someone in his generation to have that type of work ethic," Nelson wrote.

Nelson said that he asked Tyler what happened. Tyler told him he was in a car accident days earlier, but wanted to keep working because he needed the money. He said he also wanted to use some of that money to feed the homeless for Christmas.

Nelson's photo took off on social media after posting it on Chick-fil-A's Facebook page with more than 6,300 shares.

"I'm completely blown away how much this story picked up. I never expected it to go this far," Nelson said.

SEE ALSO: Chick-fil-A workers play with boy after kids leave him out

Tyler's parents reached out to Nelson and since then, Chick-fil-A has agreed to make a donation to help with Tyler's cause to feed the homeless along with other people across the country offering to help.

"This young man is a hard working individual. He's my son's good friend. He has a heart of gold. Jakeem, keep up the great work," Mary-Jo G. wrote.

"I was in this store on Thursday December 8, he waited on me. I was very touched with his kindness. One person can make a difference, he did! Thank you," Colinie M. wrote.