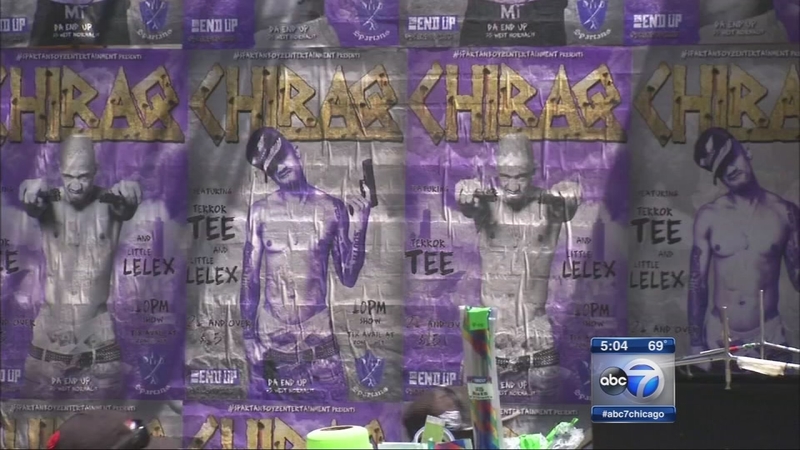 Posters of a fictional rapper are posted near the music club Double Door and fliers warning residents of simulated gunfire are hung on area businesses.

"We happen to see Spike Lee and Nick Cannon walk past, which is good because, growing up in Wicker Park - having a big blockbuster movie that's being filmed over here, that's something to be excited about," said Victor Landor, a Wicker Park resident.

While the exact plot of the movie remains a mystery, the controversial name alone suggests violence is expected to take center stage - something that doesn't affect the Bucktown neighborhood as much as other areas of the city.

"Hopefully there is an impact on the North Side - probably the name alone is perking up ears, getting people to think about the movie one way or another," said Luis Crespo, a North Side resident.

Despite all the recent publicity about the movie, many in Bucktown have not heard about the film nor were they fazed about it being shot there.

In Englewoood, it's a different story. Residents are excited that Lee plans to shoot many scenes in the heart of the neighborhoods that live with violence every day.

"I think it would be good for Englewood if he shows the true side of it," said Frederick Smith, an Englewood resident.

Next week, a few scenes are planned to be shot at Powell's Barbershop. Those who work there say shooting on-location is key.

"The best way to get to the point across is go to the community where most of the stuff is happening," said Derrill Miller of Powell's Barber Shop.

"Just shooting in Chicago you will see reality coming to life, because there are certain things you just can't hide about our city," said Gary Cooper of Powell's Barber Shop.

Despite the seriousness of violence, it's reported that Lee's film may be a comedy.

"He's always been a comedic person, but at the end of the day there is always a powerful message in every movie and every role that he has ever played in," said Amelia Colbert, an Englewood resident.