Girl, 12, whose cupcake business was once shut down, visited by governor at cooking class 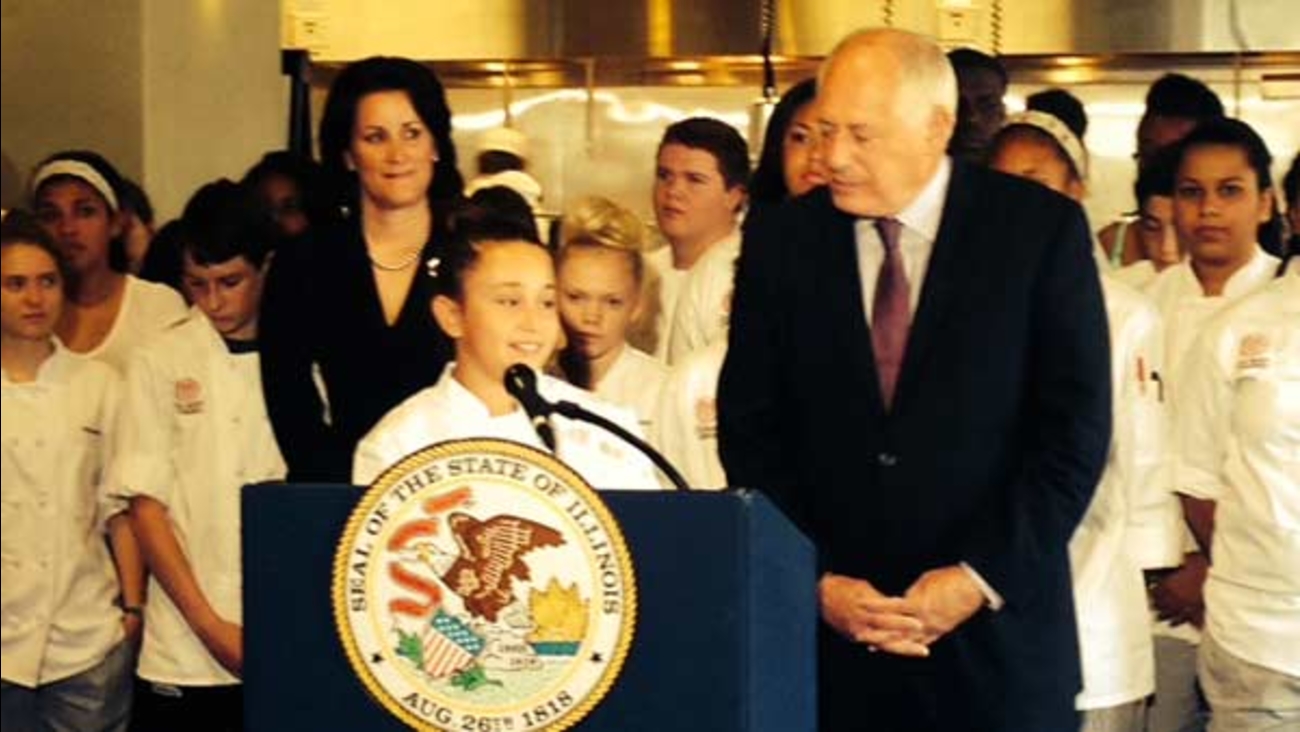 CHICAGO (WLS) -- She went from her small downstate town fighting the state for the right to bake and sell treats from her own kitchen, to joining the governor of Illinois at a culinary event in Chicago after getting her Cupcake Bill passed into law.

It's been a busy year for 12-year-old Chloe Stirling, a baking phenom who had her Hey Cupcake! business shut down earlier this year by the state, only to have lawmakers pass the bill that allowed her to reopen her business.

Madison County Health Department regulators concluded Chloe's $200-a-month business needed a permit and inspections, so they shut it down. But the new law allows the selling of home-baked products again, requiring sellers to tell consumers the product was made in a home, and applies only to kitchen businesses making less than $1,000 a month.

Chloe is now visiting Chicago for a week-long baking course at Kendall College summer camps this week, and was invited to help Illinois Gov. Pat Quinn make an announcement about Illinois tourism.

"It is inspiring to see so many culinary students like Chloe sharpening their talents in the kitchen," Governor Quinn said. "Many of our state's young students are taking their energy and creativity to grow vibrant culinary businesses, which has helped established Illinois as a food destination."

Quinn announced Thursday that Illinois reached record tourism numbers in 2013, and that Kendall College will partner with the Illinois Office of Tourism to help plan the Governor's Conference on Travel and Tourism.

The governor visited Chloe and her parents at their Troy, Ill., home last month to sign legislation, known as the "Cupcake Bill," to support home kitchen businesses in Illinois. The new law is intended help young entrepreneurs looking to get into the culinary field by making business opportunities more available, Quinn said.

Chloe, her mother Heather, her sister Sophie and her grandparents all visited the Kendall College camp Thursday, too. Kendall College in Chicago hosts a series of hands-on summer culinary camps designed for young students.

Chloe used her small, home-based baking business, Hey Cupcake!, to provide treats for friends, relatives and fundraisers, including for the family of fallen Troy servicemember Senior Airman Bradley Smith. After Hey Cupcake! was shut down, Chloe and her mother then traveled to Springfield to lobby for a proposal that would pave the way for home-kitchen businesses. The bill passed the Illinois House of Representatives but was initially defeated in the Senate after several amendments were added. Governor Quinn convinced senators to put the bill "back into the oven," remove the amendments and reconsider it, after which it passed unanimously.

"When all of this started, we didn't know what to do," Chloe said. "In the end, we made it work so lots of home cooks can do what they love just like me. I am really happy that a bunch of people worked together to find a solution and I can't wait to get back to baking!"

House Bill 5354, sponsored by State Representative Charles Meier (R-Okawville) and State Senator Donne Trotter (D-Chicago), defines a "home kitchen operation" and authorizes the state or county health department to inspect a home kitchen operation in the event of a complaint or disease outbreak.

"I am pleased that we reached an agreement on a common-sense law that benefits everyone, from the home-based producers to the consumers," Senator Trotter said. "I commend Chloe Stirling for showing all of us what some ingenuity, desire and a never-say-die attitude can accomplish." 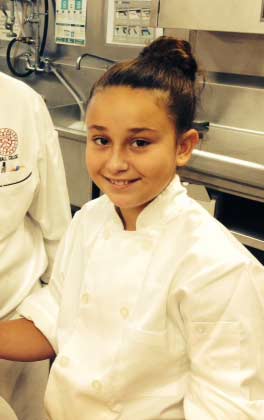