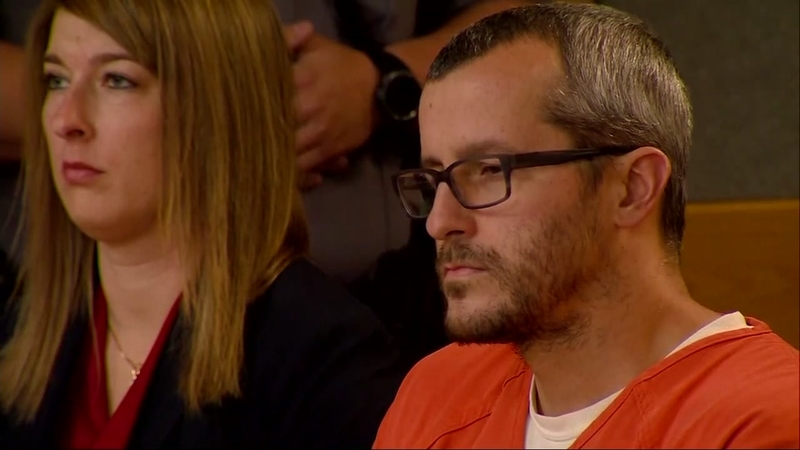 DENVER -- The parents of Shanann Watts, the pregnant woman who was strangled by her husband in August, are suing Christopher Watts for her wrongful death.

The lawsuit was filed on Nov. 19, the day Watts was sentenced to three consecutive life sentences without parole for the murders of Shanann and their two daughters.

Watts pleaded guilty to killing the trio and dumping their bodies on the property of one of Colorado's largest oil and gas drillers where he used to work. Prosecutors said Chris strangled Shanann and smothered her daughters inside their suburban Denver home.

'He's not a monster': Parents of Chris Watts defend son who admitted to killing wife, children

The wrongful death claim is intended to help the family regain funeral expenses, the loss of Shanann's future income, and give them compensation for ongoing emotional distress stemming from the killings of Shanann, her daughters Bella and Celeste, and her unborn child, KMGH reported.

Shanann's family is entitled to economic and non-economic damages under Colorado law, according to their attorneys.

The attorneys also stated that the lawsuit asks that the family be able to amend the claims in the future.

Steven Lambert, one of the family's attorneys, told KMGH that the point of the lawsuit was to keep Watts from profiting off of the case in the future -- writing a book or making money from selling the house where he and Shanann lived.

Court reports state that Frank Rzucek, Shanann's father, is suing on his daughter's behalf for wrongful termination of her pregnancy -- an unborn baby boy whom the family called Nico.