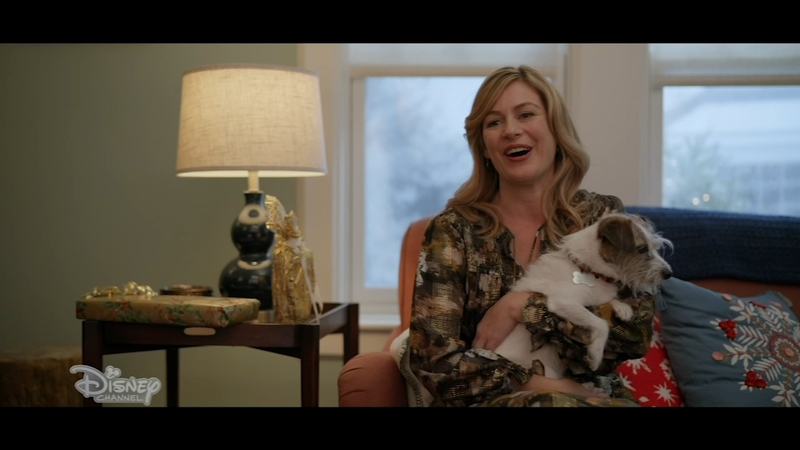 CHICAGO (WLS) -- Beth Lacke spent her teenage years in the far northern suburbs, and launched her acting career in Chicago Theater after graduating from DePaul.

"I am not welcome by Rowena, to say the least. I'm an unpleasant addition to Christmas," said Lacke, who plays the role of Diane. "How do you kind of expand your heart to let more people in, realizing also that your family remains the same."

The new Disney movie was filmed in Chicago during the pandemic.

"Last year when we were filming, we were very aware of the need of joy and the need of laughter and family," Lacke said. "I just kept pinching myself. I got to see my family. Chicago was saying, 'Come home and embrace me.'"

You can meet Lacke this Sunday at her fundraiser for the Woolgathering Project. Socks are the most needed item and least donated items for the unhoused. It's an event for the whole family, even your pets!

"I'm gonna kind of sit with a sock box and see who shows up," Lacke said. "I'm gonna be at Alarmist Brewery and we're gonna have a fun event on December 5th."

Lacke came up through the Chicago theater scene and is still based here as an actor.

"Everything that I am as an actor, I received from Chicago," she said. "I don't know if Chicago wants to claim me. Chicago's like, no, no! Chicago, for me, it's like the mafia, it keeps pulling me back in. It pulls me back in, I love Chicago."