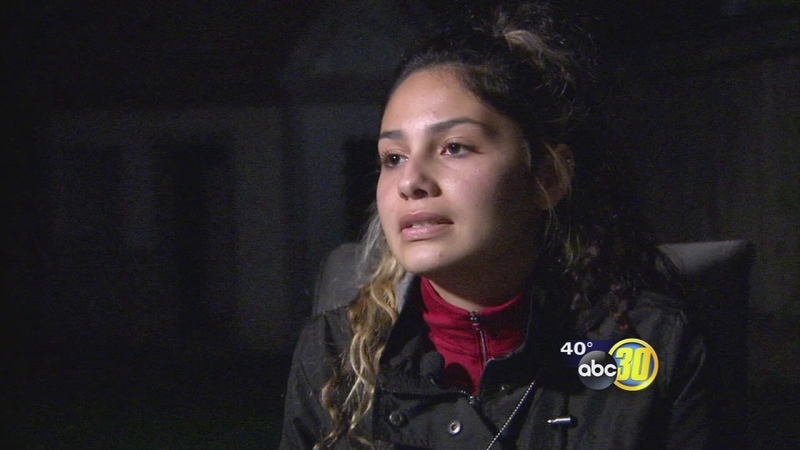 CLOVIS, Calif. -- For Vanessa Mejia loss is becoming part of life after four of her family members have died in less than a year.

"No one expected them to be gone so soon."

First her aunt Monica Castro died from diabetes in April. Then in August her stepfather John Munoz was shot and killed in Sanger. And just before Christmas her cousin, Fernando Mares Jr. was killed in a car crash near Atlanta, Ga.

Mejia's aunt Marissa Munoz Mata was also in the car and died from her injuries a few days later.

"I usually try to stay strong because I know that my stepdad wouldn't want me to give up and be depressed all the time."

Mejia was recording her stepfather boxing outside their Sanger home when someone fired multiple shots at them.

"I felt one go by my ear-- and it cut off my hair. I seen every bullet hit him and then he fell in front of me."

Mejia said Munoz had been in a gang but was changing his life so he could be a better father. They still don't know who killed him.

"He looked at me and reached to me and then he took his last breathe."

Just as Mejia's family was recovering from that loss, two other family members were taken too soon. Her 21-year-old cousin and her 19-year-old aunt were killed when the driver of their car smashed into a tree.

Georgia state patrol said speeding was likely the reason for their deaths.

"Sometimes I break down and I cry. I thought about my stepdad and he wouldn't want me to give up on everything and be upset all the time so I just focus on doing what he would want me to do," said Mejia.

Mejia's aunt Marissa was visiting Georgia and now they are raising money to fly her body home so she can be buried in Sanger. Which is a small price to pay for a semblance of closure.