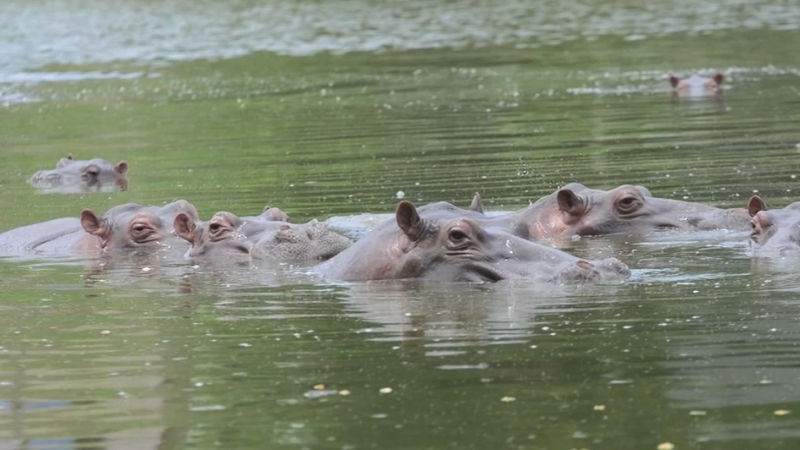 PUERTO TRIUNFO, Colombia -- Colombia may have finally found a solution to one of the less-known legacies of the notorious drug trafficker Pablo Escobar -- the invading hippo.

A handful of hippos, which have come to be known as "cocaine hippos," were transferred to Colombia in the 1980s for the private zoo of Escobar, and their population has grown to 80, CNN reported.

RELATED: Garden statues turn out to be ancient Egyptian relics, selling for $265K

Biologists have expressed concern about their environmental impact and the threat to human safety.

Last Friday, the regional environmental agency announced that at least 24 hippos will be treated with a new method -- darts loaded with a contraceptive drug to control the population.