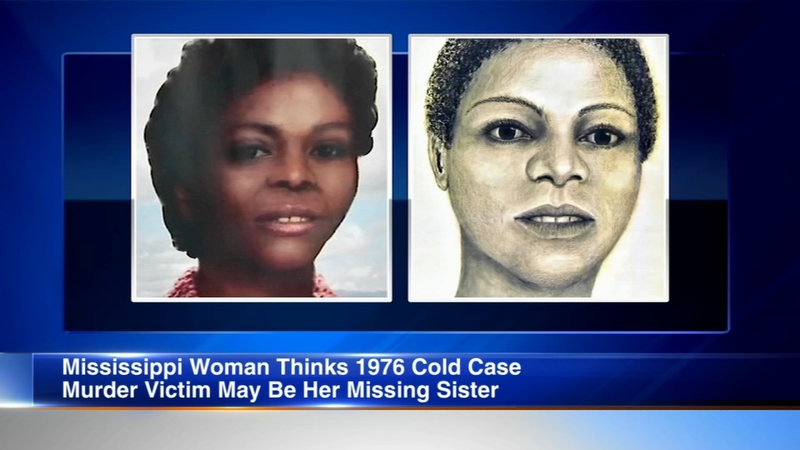 GRUNDY COUNTY, Ill. (WLS) -- The results of a DNA test could help solve a murder in Grundy County that's been a mystery for more than 40 years.

An unidentified black woman was found dead in a ditch within a mile of Interstate 80 on Oct. 2, 1976. Investigators said she may have ties to Columbus, Mississippi.

A woman who lives in that town has come forward, saying she thinks the victim is her long-lost sister.

Lyrian Barry-Stallings has been missing since the 1960s, when she moved to Illinois. Her sister has given a DNA sample for testing.

The case is Grundy County's only cold case.

An electric billboard outside the Joliet Regional Airport has a photo of what authorities believe the woman looked like. The caption reads: "The year was 1976. Who was I?"

Forty-two years passed with no leads. Ten months ago, Callahan and his staff decided it was time to find out who the woman was.

The victim was believed to be between 18 to 23 years old. She was 5-feet-7-inches and approximately 150 pounds. She was African American, but Grundy County's population at the time was mostly white which is why authorities suspect she was not a local resident.
Officials believe her body was dumped in the ditch, not where she was murdered.

For more information on the case, visit www.namus.gov.