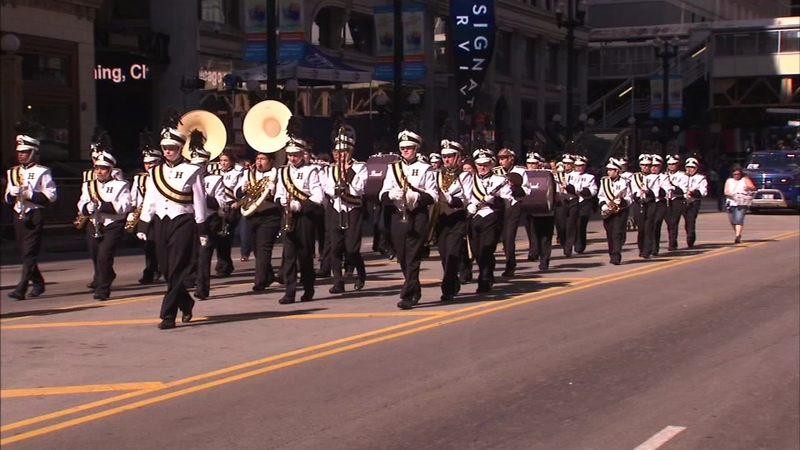 Columbus Day parade to be held in Chicago; several offices closed for holiday

ABC7 will broadcast the parade starting at 1 p.m.

The parade, which will feature hundreds of floats, marchers and bands, will run along State Street from Wacker Drive to Van Buren.

The parade is sponsored by the Joint Civic Committee of Italian Americans.

Festivities start at 9 a.m. with a Mass at the Shrine of Our Lady of Pompeii, 1224 W. Lexington in Chicago. A wreath-laying ceremony in Arrigo Park follows at 801 S. Loomis in Chicago.

Chicago Public Schools, the U.S. Postal Service and the Secretary of State offices are among the offices that will be closed on Monday.