Epic cosplayer Sara Moni showed off her gender-bending take of the Green Lantern's arch-nemesis, Sinestro, at the SDCC.

The San Diego Comic-Con (SDCC) draws the best cosplayers in the world, comprised of both amateur and professional costume designers, crafters, builders and makeup artists. While many cosplayers aim to reach extreme accuracy in bringing the comic-book, film and television characters to life, others focus on reimagining them as existing in different universes, and as different genders.

Epic cosplayer Sara Moni showed off her gender-bending take of the Green Lantern's arch-nemesis, Sinestro, at the SDCC, which proved to be a smash hit. Moni spent two days creating the skin-tight body suit, complete with hand-painted details and glow-paint to recreate the character's yellow aura at night.

To prep, the base face-painting only consumes 20 minutes before Moni completes the "sinister look" with shadowing and yellow eye-contacts.

Moni had previously cosplayed as only Marvel Comics characters, and while her fans urged her to try a DC Comics character, it took her some time before choosing the former Lantern Corps member.

"Sinestro stuck out to me because I like the bad guys, and I like people that thrive in adversity," Moni told ABC. "And no one else can get banished, and exiled, and come out on top and say, 'Oh yeah, I got my own Corps now.'"

This isn't Moni's first foray into gender-bending characters, having recently cosplayed as a female version of Spider-Man villain, The Lizard.

Being constantly stopped by con-goers for photos with her, Moni refused to smile while in character.

"Most people are like, 'oh, ya know, pose nice,' and I'm like 'that's not Sinestro,'" Moni told ABC. "He's not gonna act like that, so I'm gonna sell Sinestro the best way I know how." 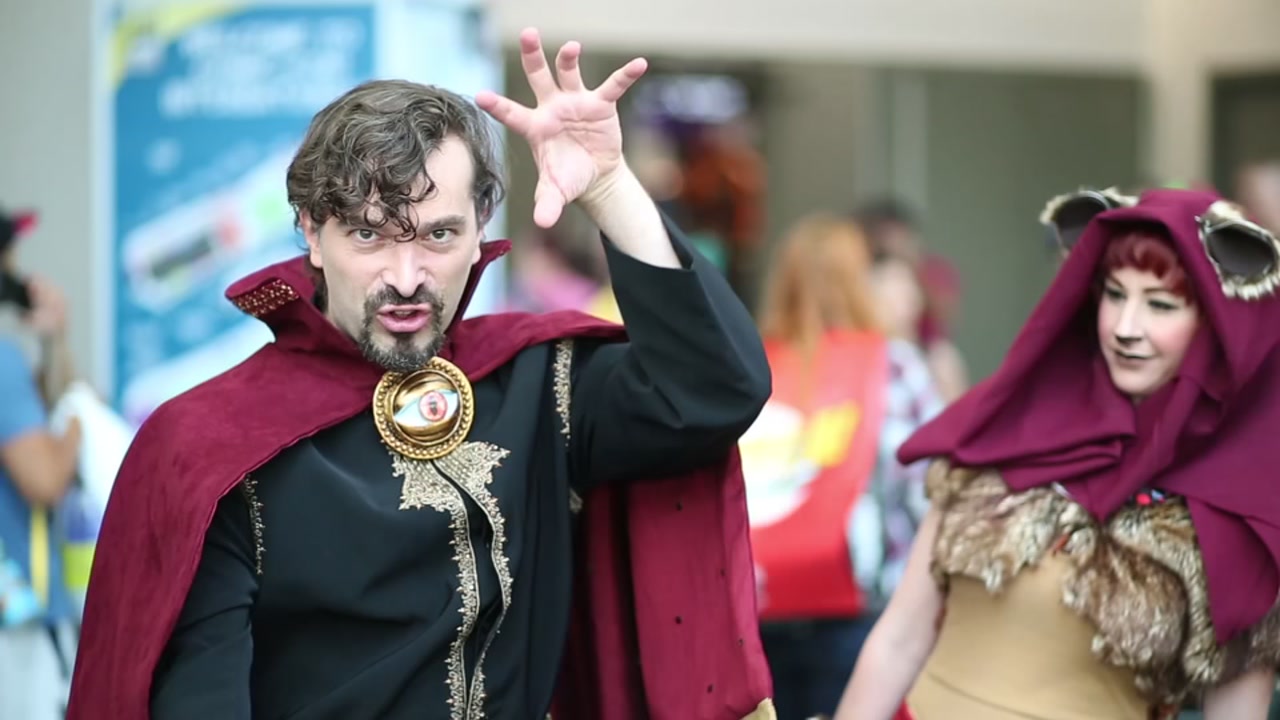