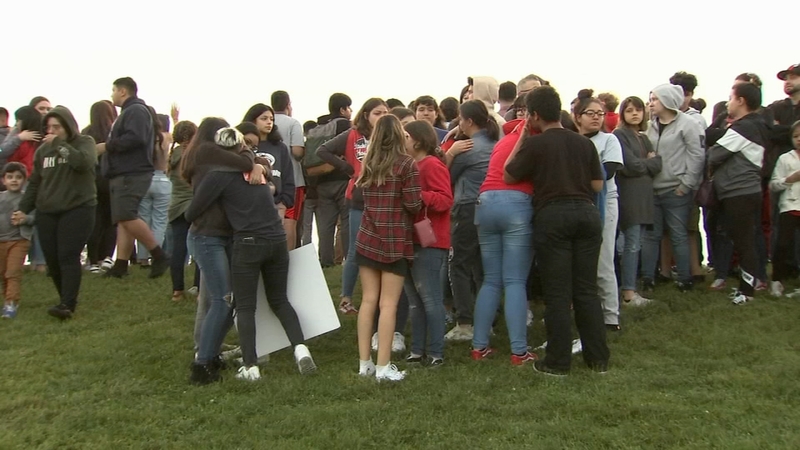 HAMMOND, Ind. (WLS) -- Two teenagers from Chicago who were killed in a crash involving a semi in Hammond were honored Wednesday afternoon by their community with a balloon release.

Emely Perez, 17, and Mia Rodriguez, 18 of Chicago were killed after the driver of the vehicle they were in made a turn, ran through a red light and struck a semi at 108th Street and Indianapolis Boulevard Monday night around 10 p.m.

The 19-year-old driver of the vehicle, who police said is the sister of one of the victims, is in critical condition at University of Chicago Medical Center.

There was a huge turnout for a balloon release honoring Perez and Rodriguez. Rodriguez's family said they are finding comfort in the huge outpouring of support, even though their lives will never be the same.

There was also a bright display of balloons, candles and notes was assembled at the intersection where the crash occurred.