UFC fighter Conor McGregor in negotiations to fight in July 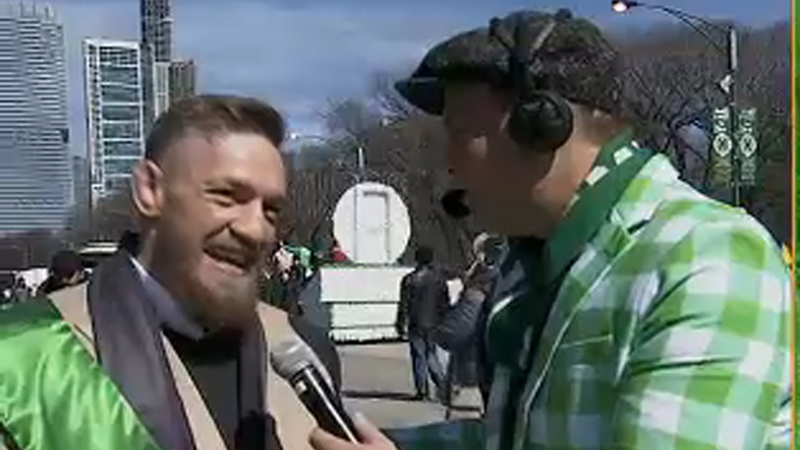 CHICAGO (WLS) -- Irish UFC fighter Conor McGregor, who marched with dignitaries in Saturday's St. Patricks' Day Parade in Chicago, said he was in negotiations to fight in July.

During the parade, the mixed martial artist was interviewed by ABC7 meteorologist Larry Mowry, who asked him whether he had a fight coming up.

"Yes, we're currently in negotiations, we're aiming for July, we'll see what happens," McGregor said. "I am staying ready. This morning I was doing incline sprints on the treadmill on my program, the McGregorFast program, in a hotel room. So we're staying on it, getting work in as we go."

In January, McGregor was one of four fighters suspended and fined by the Nevada State Athletic Commission after a post-fight melee at UFC 229 in October. McGregor received a six-month suspension and was fined $50,000. He will be eligible to return to competition as soon as April 6.

While in Chicago, McGregor also attended a sold-out event for first responders that promoted his whiskey at Binny's in Lincoln Park.

McGregor, who said he used to work as a plumber in Ireland, thanked the Chicago Plumbers Union Local 130 for bringing him to Chicago. The union is responsible for dyeing the Chicago River green every St. Patrick's Day.