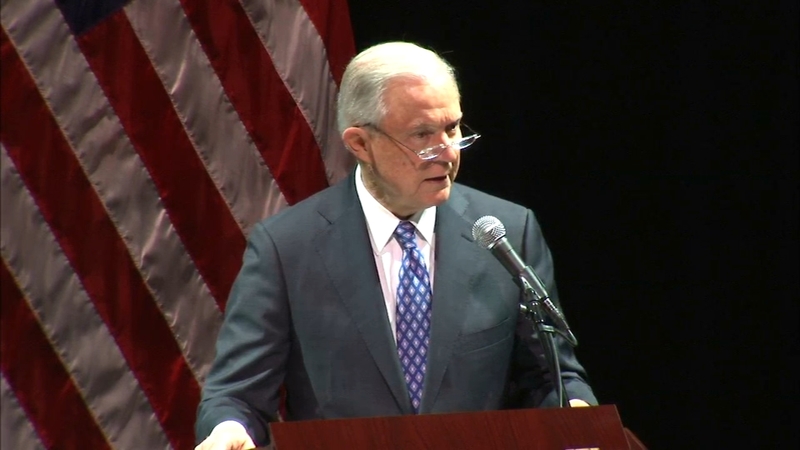 CHICAGO (WLS) -- The United States Department of Justice has officially filed its opposition to the Chicago Police Department's consent decree.

Attorney General Jeff Sessions announced Friday that his office opposes the decree. Sessions said his disagreement is partly because he believes it unfairly limits the powers of the police superintendent.

"They're trying to interfere on a policy basis that doesn't have anything to do with the needs of the people of Chicago," said Karen Sheley, Director of the Police Practices Project with the ACLU of Illinois.

The proposed consent decree by the state's Attorney General's Office and the City would be a court-enforced plan to reform CPD's policies and practices in an effort to build trust between officers and residents.

"It's clear that the department has been abusing people within Chicago for generations and hasn't been able to do self-reform," Sheley said.

Sessions' argument is the goal should be to empower the Chicago Police Department, and that police are the solution to crime and "criminals are the problem."

In the Justice Department's "Statement of Interest," it says, "...proposed consent decree would deprive local, democratically accountable officials of the flexibility they need to ensure the safety of the people of Chicago."

Sessions announced new resources to combat crime in Chicago Friday, including sending five additional violent crime prosecutors to the city. But the ACLU argues what the city really needs is transparent police reform.

"We're not going to be able to solve crime in Chicago until there's more trust between the communities that are most impacted and the police department, and that won't happen until there's real accountability for officers who hurt people," Sheley said.