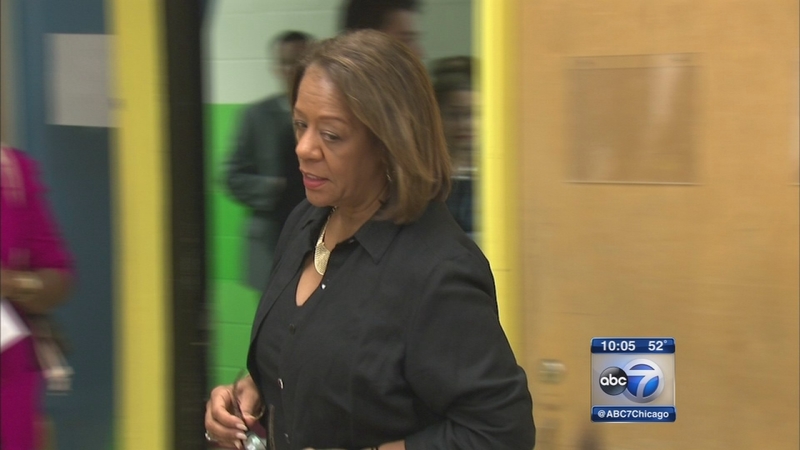 CHICAGO (WLS) -- Federal investigators are looking into a no-bid contract given to a company that once employed Chicago Public Schools CEO Barbara Byrd-Bennett.

Critics are concerned that the investigation is eroding the trust between the district and the public. They say this could be a good time for a new school board and a new CEO.

On Thursday, school board president David Vitale quickly walked into Chicago Public Schools new headquarters without comment. While the federal investigation into CPS and a $20 million no-bid contract was just announced on Wednesday, CPS critics have been asking for two years why Vitale and the board signed off on it.

"We have been to the school board multiple times and said how can you approve this no-bid contract and cut 100 million for neighborhood schools at the same time," said Wendy Katten.

The no-bid contract, one of the largest in recent years at CPS, went to Evanston-based SUPES Academy. The private company trains principals - something critics say local universities could have done.

Prior to becoming CPS' CEO, Byrd-Bennett worked for SUPES. Legal experts say no-bid contracts should only be awarded to an entity that provides a very unique service. Former federal prosecutor Jeff Cramer, of Kroll Investigations, says the circumstances warrant an investigation.

"I think they are going to be looking at any continued relationship that may exist between the winner of the contract and those who suggested and approved the contract," Cramer said.

The Chicago Teachers Union says it's not just the SUPES contract that should come under fire; CTU claims unethical behavior has been following the district for years.

"There is a culture of conflicts of interest that is destabilizing and hurts the public trust," said Jesse Sharkey, Chicago Teachers Union.

The federal investigation comes at a critical time for CPS. Byrd-Bennett's contract is up at the end of June and the contract with the Chicago Teachers Union is also up.

Talks with the union have been going on for months, and contract negotiations resumed Thursday with CTU President Karen Lewis at the table.