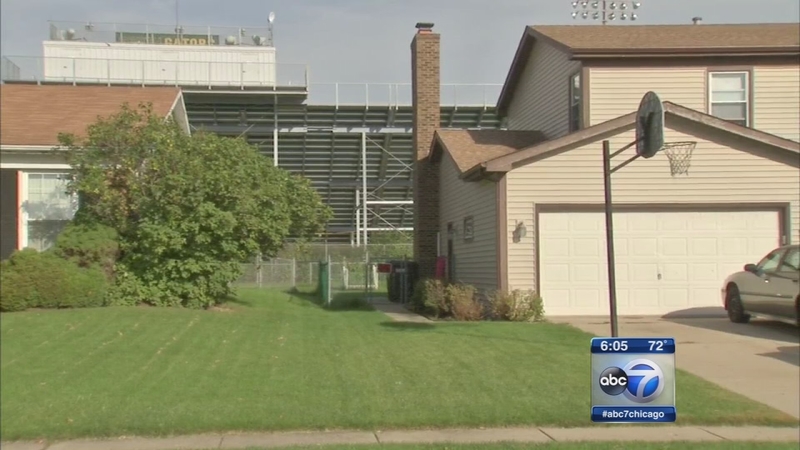 Crystal Lake bleachers to be demolished

CRYSTAL LAKE, Ill. (WLS) -- Million dollar bleachers in Crystal Lake will be coming down after the State Supreme Court ruled the school district ignored zoning rules when it built them.

The ruling is a victory for the city of Crystal Lake as well as some property owners who sued the school district. They're glad the court battle is over.

"If they would have done this two years ago, went before the city for zoning permits and all that, then we would have been notified and we could have gone to meetings and talked to them and things could have been worked out well before it got to this point," says Kim Maselbas-Gurba, one of theplaintiffs.

The 50-foot-high bleachers at Crystal Lake South High School were built in 2013. The stands are nearly twice as tall as the previous bleachers and nearby residents have complained about the noise. They say people in the stands are able to peer into their homes.

The district had argued that legally it did not need to comply with zoning laws, and that the bleachers only needed approval from the regional school superintendent.

Today, the school board president offered no exact timeline for demolition.

"We have to react quickly," said Ted Wagner, Community High School Dist. 155 Board President. "I don't know exactly, but it's sooner, not later."

"I find the conduct that the school board has engaged in throughout this whole circumstance is very disheartening," said Crystal Lake Mayor Aaron Shepley.

The school board president says he's already been taking bids for demolition but declined to say how much it might cost.