CTA may offer rebates for not riding during peak hours 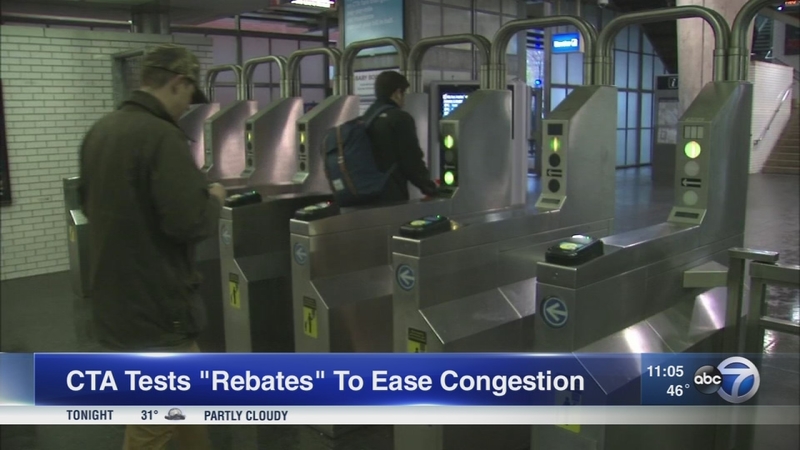 CTA offers rebates for not riding during peak times

CHICAGO (WLS) -- The CTA is looking into expanding a program that they say pays people to not ride trains during high-traffic times, such as during Cubs and Bears games.

The CTA rebates aim to ease congestion on trains during higher-than-usual ridership periods.

In August and September, the CTA tested rebates on the Red Line, asking regular northbound users to avoid the trains between 5 p.m. and 6 p.m. on a handful of game days. Those who signed up for the program and took advantage of it received between $2.25 and $5 back on their Ventra cards.

CTA said they were able to shift nearly 18 percent of their total traffic, and are now looking to expand the program during the next few months during Bulls and Bears games.

Only 2,000 people signed up for the initial pilot program which is being run as a public/private partnership. It's just one of the many things being looked at by CTA to improve the ridership experience.

The agency has yet to release its 2018 budget. While the CTA is slated to receive between $16 and $20 million a year as a result of the city's new 15-cent fee on Uber rides, it's likely that won't be enough to cover an existing budget deficit, raising the specter of fare hikes.

"They need to get it together because it's too much. We don't have time for that. It's already an arm and a leg to live in the city," said rider Adrian Johnson.

A CTA spokesman said the 2018 budget will be released next month.