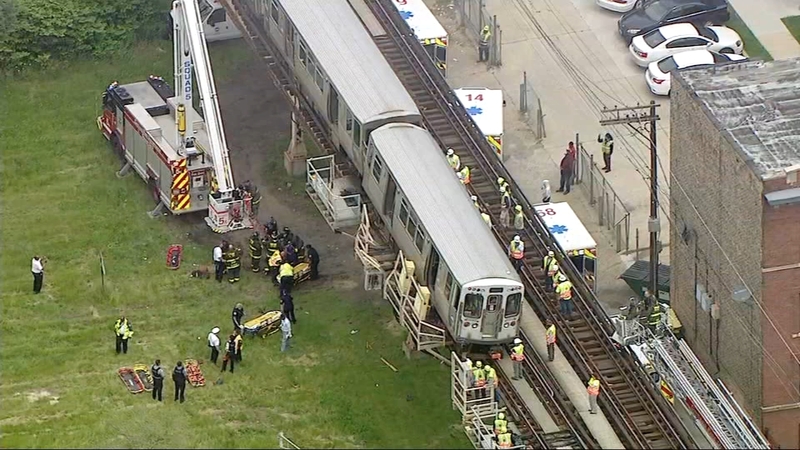 Service was suspended after the Chicago Fire Department said it received a report of a derailed southbound Green Line train near 47th Street about 11 a.m. CFD said one car went off the rails but was still on the tracks and the rest of the cars appear to be stable.

Firefighters rescue riders on a CTA Green line traina fter it derailed on the South Side Thursday.

Thirty passengers were on the train in total. Seven of them were transported to area hospitals with minor injuries while the other 23 refused medical treatment, according to CFD District Chief John Giordano.

Jean Miller was one of those onboard the train when it derailed.

"It was, like, a little bumpy and then all of a sudden the one in front was, like, derailed," she said.

Drake Hills, another passenger, described seeing smoke minutes after the train left the 43rd Street station and noticing that the next car ahead was tilting significantly to the left.

"We've got a lot of individuals who are complaining about neck pain and a couple people who are grabbing their shoulders," Hills said.

A rider on the derailed CTA Green Line train described the evacuation of the train.

Riders on the train said they began to feel a rocking back-and-forth motion and then a jolt as the first car derailed.