Dad overwhelmed with support for video defending Down syndrome 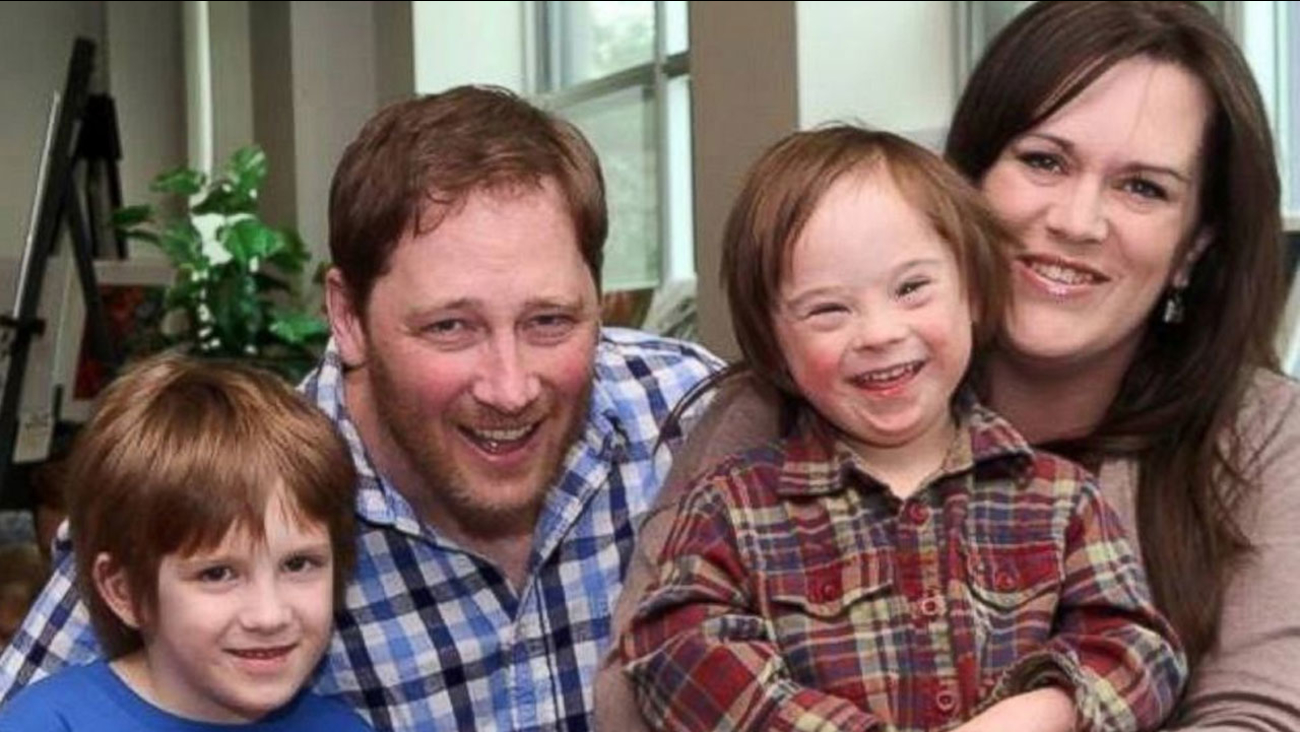 Robb Scott photographed with his wife, Kelly MacIntosh-Scott, and their sons Griffin,7, and Turner, 5. (Robb Scott)

TRURO, Nova Scotia (WLS) -- A Canadian father who posted a video of himself defending children with Down syndrome is being inundated with support from around the globe.

Robert Scott took the video after he overheard another father in a video store explaining to his son what Down syndrome was, according to ABC News.

Scott's 5-year-old son Turner has Down syndrome, and Scott says it "is literally one of the most beautiful things that's ever happened in (his) life,"

"The video was really more for me because I felt like 'OK, I dealt with this poorly and the only way I could feel better is to at least express positively what I feel,'" Scott said. "(I thought) maybe a couple of people will see it and share it and it will help them think differently."

"(The boy) asked his dad what Down syndrome was and he asked it in the most honest, genuine way," Scott said. "His dad was not being malicious. He was searching for the words and I could see he was trying to find the right things to say (but) he said 'It's an illness of people not knowing anything.'

"This child was genuinely asking, 'What's Down syndrome?' and this child is a blank slate," he added. "I let him understand it for something it wasn't. I let his father define it for him and that hit me hard. This was a child a child that's my sons age and I could've corrected him, not in a rude way, and I didn't."

Nearly a million people have watched the video on Scott's Facebook page.