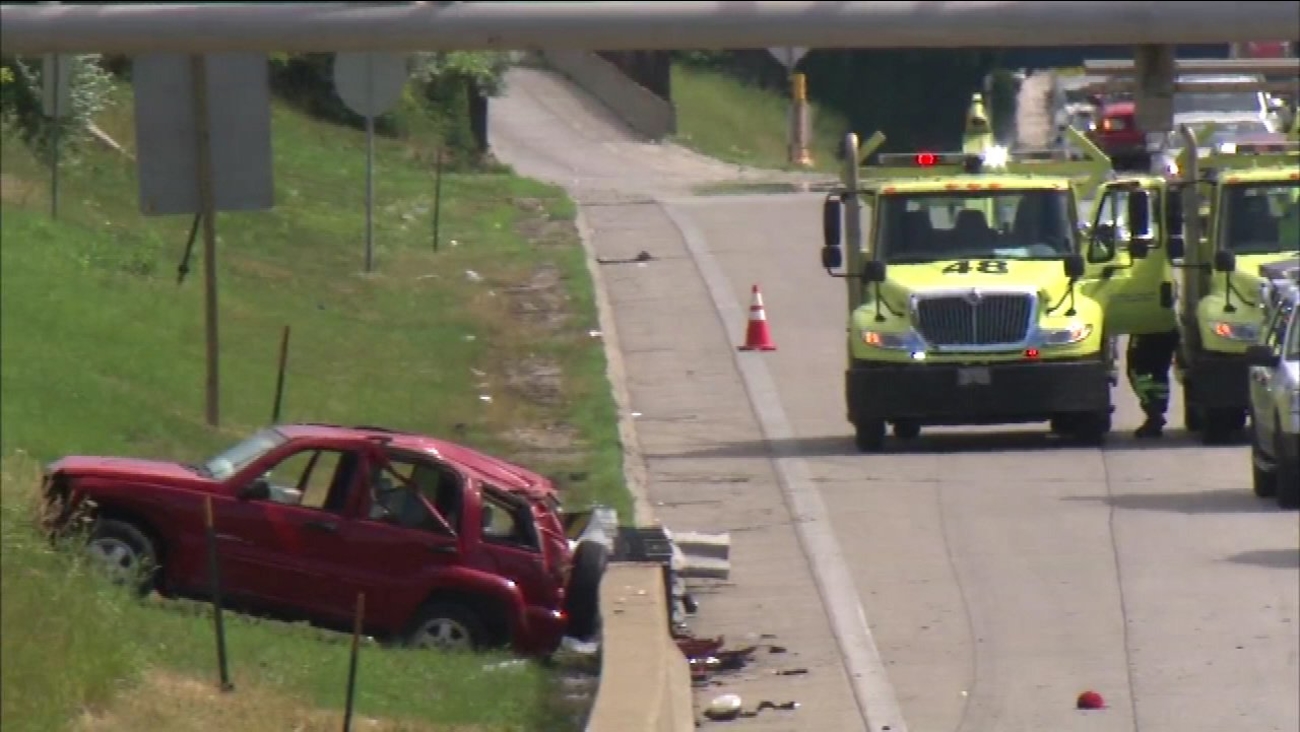 CHICAGO (WLS) -- Seven people - including three children - were hospitalized after a crash on the Dan Ryan Expressway Sunday afternoon.

The crash happened at about 2:30 p.m. in the inbound lanes near 79th Street on the city's South Side. The driver of a SUV lost control of the vehicle and hit a wall.

Alcohol likely contributed to the crash, according to the Illinois State Police.

All seven occupants of the SUV sustained serious, but non-life-threatening injuries.

No one has been charged in the crash.