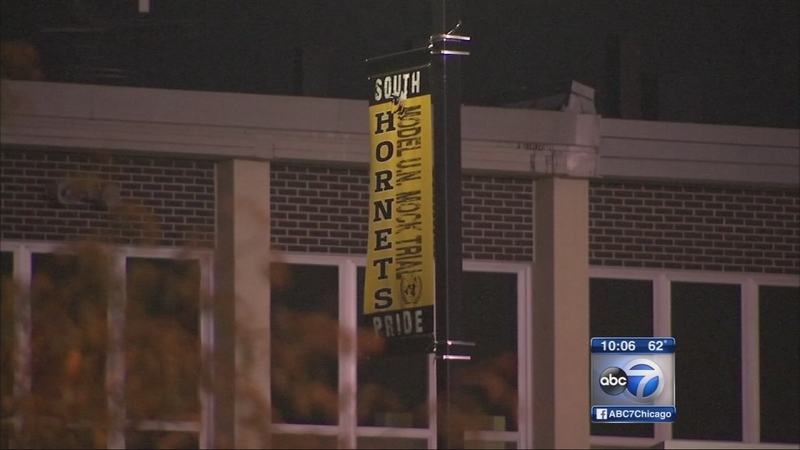 DARIEN, Ill. (WLS) -- A 16-year-old student is facing eight felony charges after allegedly threatening to shoot up Hinsdale South High School and threatening another student, according to the DuPage County State's Attorney's Office.

Darien police said on Monday, a student alerted officials to a Snapchat post containing the alleged threats against a specific student. Prosecutors said in court Wednesday the teen had also promised to shoot up the school, calling it a "Southocaust."

"Without this young man coming forward to report this, we might very well have never heard about this," said Darien Police Commander Gerry Piccoli.

Police also said they searched the student's locker and found no other weapons or devices.

At Hinsdale South, news of the arrest was met with disbelief.

"My heart kind of stopped for a second because it's, like, this is actually happening at the school I go to," said student Juan Salazar.

"It's really sad. I wish people would find another way to kind of release their anger in a more positive way," said student Miranda Lowery.