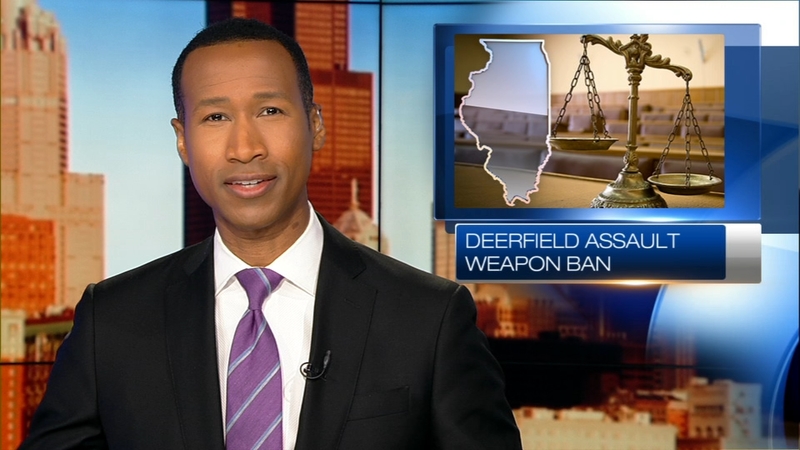 DEERFIELD, Ill. (WLS) -- The Illinois Supreme Court issued a split-second decision Thursday allowing a ban on assault-style weapons in the Village of Deerfield to remain in effect.

The ordinance bans weapons such as AR-15's, AK-47's and Uzis. AR-15 rifles have been used in various mass shootings, including the school shooting in Parkland, Florida.
The Deerfield Village Board voted unanimously to ban some semi-automatic firearms in April 2018 by approving an amendment to the village's gun ordinance. The ordinance also prohibits high-capacity magazines.