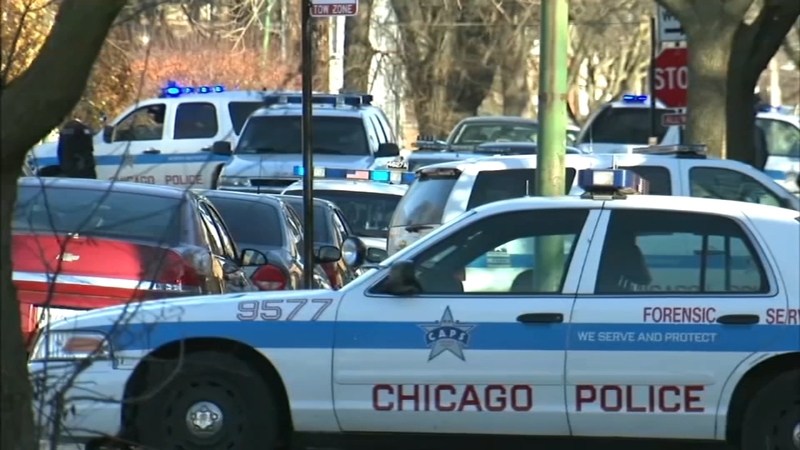 CHICAGO (WLS) -- "Defunding police" is a new catchphrase that has gained steam across the country, including in Chicago, in the wake of the wave of peaceful protests over the death of George Floyd.

But what exactly does that mean? For State Rep. LaShawn Ford (D-Chicago), it means rebuilding the Chicago Police Department from the top down.

"The system is broken, we've got to tear it down and replace it because taxpayer dollars are being wasted," he said.

When protesters cry 'defund the police,' what does it mean?

Police department budgets have ballooned across the nation in recent years. Out of a city total budget of $11.65 billion, CPD's budget is $1.78 billion.

Alderman Ray Lopez, who represents the 15th Ward, said he does not believe the department should be dismantled, but it's time for the City Council to review that budget.

"If we just pass things as is and never take a deep dive, we will never address the issues that have brought us to this point today, and that would be a shame," he said.

For many protesters, defunding police means cutting police budgets and shifting the money to neighborhood-based resources. Mayor Lori Lightfoot did not answer the question about the police budget specifically, but agreed with protesters that communities need more resources.

"Last year we made important investments in communities around mental health, violence reduction, affordable housing," she said. "Those are the issues I hear from the mouths of protesters, and I agree with them."

Community leader TIo Hardiman says he is not in favor of defunding the Chicago Police Department, but instead, teaching officers how to better handle members of the community.

"There is no way we should overlook the continued bloodshed in our community here in Chicago," he added. "People are making big money saying they are reducing gun violence, but at the same time the numbers tell a different story."

Public safety committee chair and 23rd Ward Alderman Chris Taliaferro is also against cutting the police budget. He said when that was done in 2007, crime went up.

"When we cut funding we get worse services, and that's what we don't need in Chicago," Taliaferro said.

On Sunday, a majority of the Minneapolis City Council vowed to disband the city's police department.

"We have to consider, how much money are we willing to continue to spend in an institution that isn't definitely not working for most of us?" she asked. "I think it is a beautiful time to imagine what is possible."

So what would defunding police departments mean for fighting crime?

"We have been pouring more and more resources into our police forces and we are not any safer than we were before," said Elizabeth Jordan of the American Civil Liberties Union of Illinois. "This is about imagining what a public safety effort looks like that is community led."