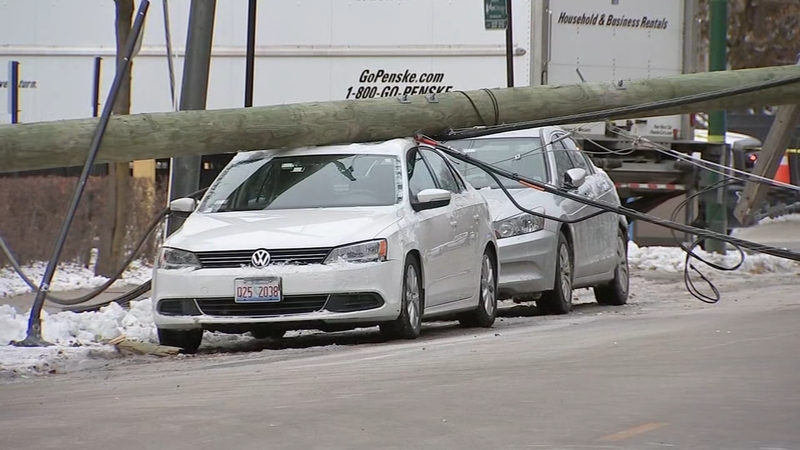 CHICAGO -- An electrical pole fell on a parked car Wednesday after a truck crashed into low-hanging power lines near DePaul University's Lincoln Park campus on the North Side.

The rental truck hit the power lines about 1:55 p.m. in the 2400 block of North Sheffield Avenue, according to Chicago police. The power lines then pulled the pole down onto the vehicle.

A video posted to Twitter shows the pole on top of a white car as a truck is stopped and snagged on the wires in the entrance of a nearby parking lot.

No injuries were reported, police said. Utility crews have been called to fix the downed lines.

Approximately 25 ComEd customers are experiencing power outages near the intersection of Sheffield and Fullerton as of 6:25 p.m., according to the utility's outage map. ComEd is estimating that power could be restored by 8 p.m.