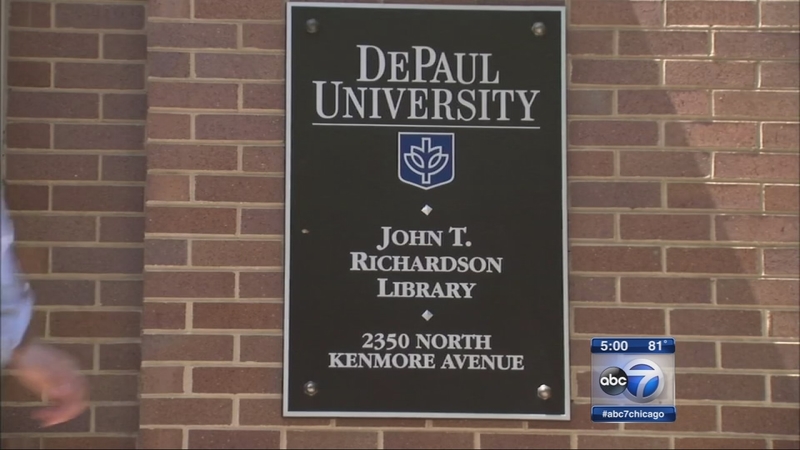 CHICAGO (WLS) -- DePaul University Public Safety officers sent out an alert Monday about two students who were robbed at gunpoint on the Lincoln Park campus on Chicago's North Side.

The alert said two students were approached by three people on the southwest corner of West Belden Avenue and North Bissell Street around 12:20 a.m.

One of the three pulled out a handgun as the group demanded the pair's belongings. The alert did not say whether anyone was hurt.

DePaul officers managed to catch one of the robbery suspects. Chicago police are searching for the other two.

Anyone with information regarding the armed robbery should contact DePaul Public Safety or Chicago police.

"Honestly, it's just part of being in Chicago. You're in a big city, there is going to be crime, you have to be aware of your surroundings," said Patrick Cronin, DePaul student.

"It's starting to be more common, which is kinda scary," said Sebastian Achettu, DePaul student.

Monday's campus alert also included an incident last week in front the library at 7:15 p.m. on Wednesday, a student was approached from behind and touched inappropriately. The offender fled. It's being investigated as a battery; some students say they are concerned because it is finals week and they will likely be in the library until late at night.

"Public Safety should be roaming around library making sure everyone gets home safely finals week," said Evelyn Olea, DePaul student.

DePaul says does provide an escort service for students, and the university says its public safety officers patrol by car and foot 24 hours a day, seven days a week. But some students think when crime happens on campus, students should be able to bypass public safety and deal with Chicago police directly.

"I know people who had issues, and they called police were told to call public safety first than police... perpetrator got away," said Cronin.