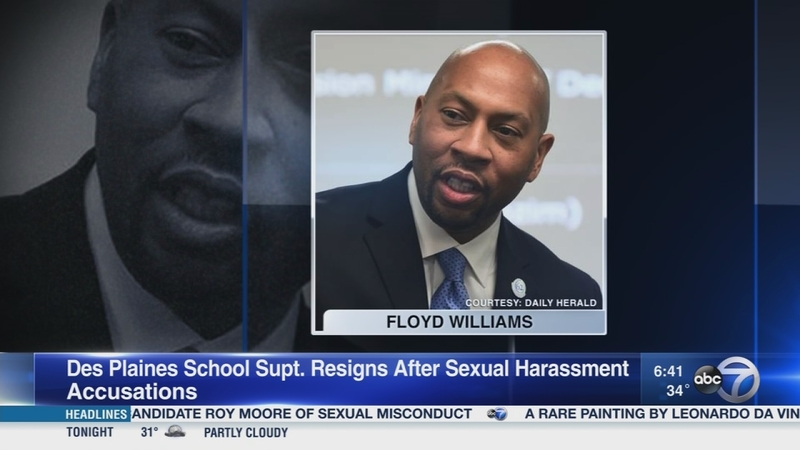 DES PLAINES, Ill. (WLS) -- There are many questions about why the superintendent of a school district in northwest suburban Des Plaines, who is accused of sexual harassing his co-workers, is getting a big payout.

The District 62 Board of Education announced Wednesday night that Dr. Floyd Williams Jr. will resign. The school board said a resignation agreement would cost less than firing him.

According to a statement, the board received complaints of inappropriate or offensive comments made by Williams to colleagues that "could be interpreted as sexual harassment."

Williams will officially resign on Dec. 13. He will be on paid vacation leave until then. According to the separation agreement, Williams will get $127,000 upon his departure.

This is the second time in two years that Williams has resigned following allegations of misconduct. The last time it happened, he was serving as the assistant superintendent in Kenosha, Wis. He was accused of having nude images of women on his work computer.