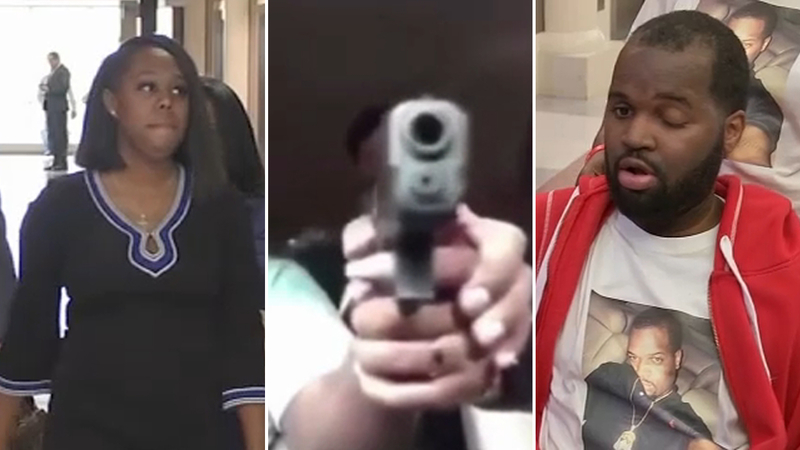 HOUSTON, Texas -- The woman who pleaded guilty to shooting a man in the head during a Facebook Live stream is awaiting her sentencing in the case.

On Monday, testimony began in the sentencing phase of Cassandra Damper, who pleaded guilty to aggravated assault with reckless serious bodily injury and tampering with evidence.

In court, Devyn Holmes, the man who was shot during the broadcast, testified, marking the first time he came face-to-face with Damper since the Easter Sunday shooting in 2018.

During that incident, Damper, Holmes and another man were sitting in a car outside of a Valero gas station in southwest Houston, streaming live on Facebook. Video showed that Damper's gun went off, striking Holmes in the head.

Devyn Holmes was left in critical condition after being shot accidentally by a woman playing with a gun outside a Houston gas station.

Damper's attorney Monique Sparks maintains the shooting was an accident between friends. Holmes describes Damper as just an acquaintance.

During his testimony, Holmes asked that Damper receive time behind bars because he has been living in his own prison since. He's unable to walk, dress or use the restroom alone.

It was also revealed during Monday's hearing that Damper called 911 and reported Holmes shot himself. It wasn't until the next day that police were able to see the video, which showed Damper pulling the trigger.

The court also revealed that HPD Chief Art Acevedo received a copy of the video from Shaquille O'Neal, who saw it from the "Get It Off Your Chest" Facebook group where the stream was posted.

Detectives who took the stand said Damper on scene kept asking how long it was going to take to answer their questions, adding she needed to catch a flight.

The sentencing continues Tuesday. Damper faces probation or up to 20 years in prison.

Despite the hardships, Holmes has been making big leaps in his recovery after the horrific digital display. A video posted to Holmes' Instagram page shows him standing up without any help.

RELATED STORIES:
Woman pleads guilty to shooting man in the head inside car while on Facebook Live