For the visually impaired, a technological breakthrough 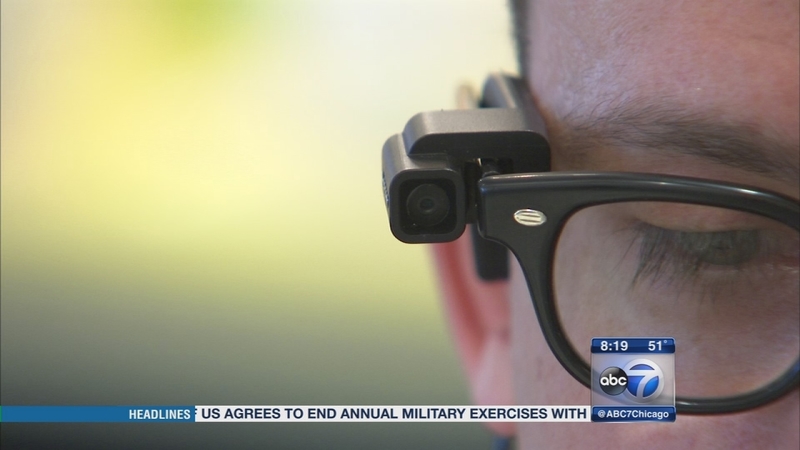 For the visually impaired, a technological breakthrough

CHICAGO (WLS) -- We've often told you about the innovative programs for the visually impaired at the Chicago Lighthouse. But today we're talking about something new that even has them excited.

This new product is something that makes reading a lot easier for people who have trouble seeing or can't see at all. They are calling this a real 'game-changer.'

Tom Perski is Senior Vice-President for Rehabilitation at the Chicago Lighthouse. He is visually impaired. When he was in college, in order to read books, he used a scanner similar to this one, but much more primitive.

"I needed the print two inches high and a video screen and of course the higher you made the magnification, it wouldn't all fit on the screen. So it very slow and tedious. So instead of calling it a low-vision, I called it a slow vision," Perski says.

That's why the folks at the Lighthouse are elated to be one of the first facilities in the country to try this device from Israel. It is called the ORCAM and it helps blind or visually impaired people to read in a whole new way. It uses a tiny camera mounted onto a pair of glasses and a very small computer. You simply point to what you want to read.

"The ORCAM will take a picture of that section of the text, send it to the processor which will then make it into words, and then the words will speak it our loud back to the processor. All within a few seconds," says Perski.

They truly believe this could be revolutionary not only for people reading books. Imagine how it could help with restaurant menus and playbills at the theater. A whole new cultural world could be opened up to the visually impaired.

"You can actually point to, let's say the small screen at the Art Institute and you can't read the plaque on the wall, you just simply from one or two feet away, point to the plaque that you want to read and it will read something like a bulletin board or a plaque also," he says.

One other feature of this new device is facial recognition. It tells you that there is a person standing in front of you. If it's the first time you've met, you simply push a button and say that person's name.

"And then from then on the camera, the computer has recognized you, memorized who you are, and it allows you to every time you turn your head and look at that person, it will tell you their name," says Perski.

This is all very new technology and the device costs between $2,500 and $3,500 apiece, depending upon the model. But it is available now at the Chicago Lighthouse. They will let you try the ORCAM out for free.