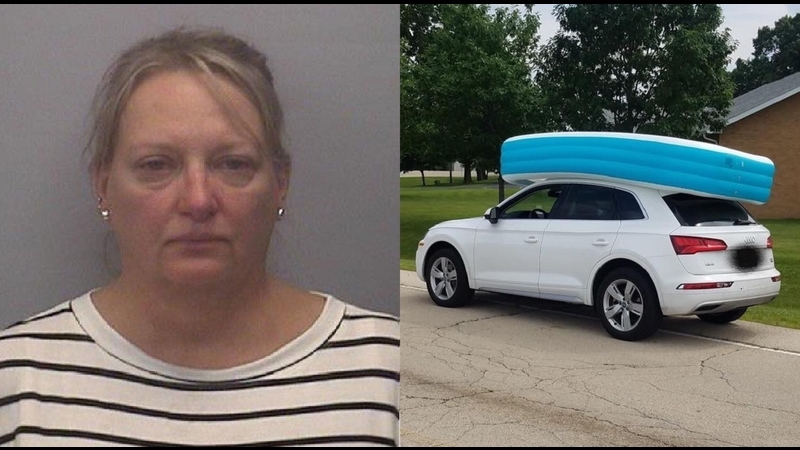 DIXON, Ill. (WLS) -- A woman in Dixon Illinois has been charged with child endangerment after police said she was driving a car with a pool on the roof with two children inside.

Police received a complaint at about 3:07 p.m. Tuesday and found a white Audi driving west on IL Route 2 west of Palmyra Road with a blue inflatable pool with two children inside on top of the car.

After conducting a traffic stop, police said the driver, 49-year-old Jennifer Yeager, told them that she drove into town to inflate the pool at a friend's house and had her two daughters ride inside the empty pool to hold it down on the drive home.