'Just trying to get to Maryland' says man driving over 160 mph on Ind. Toll Road 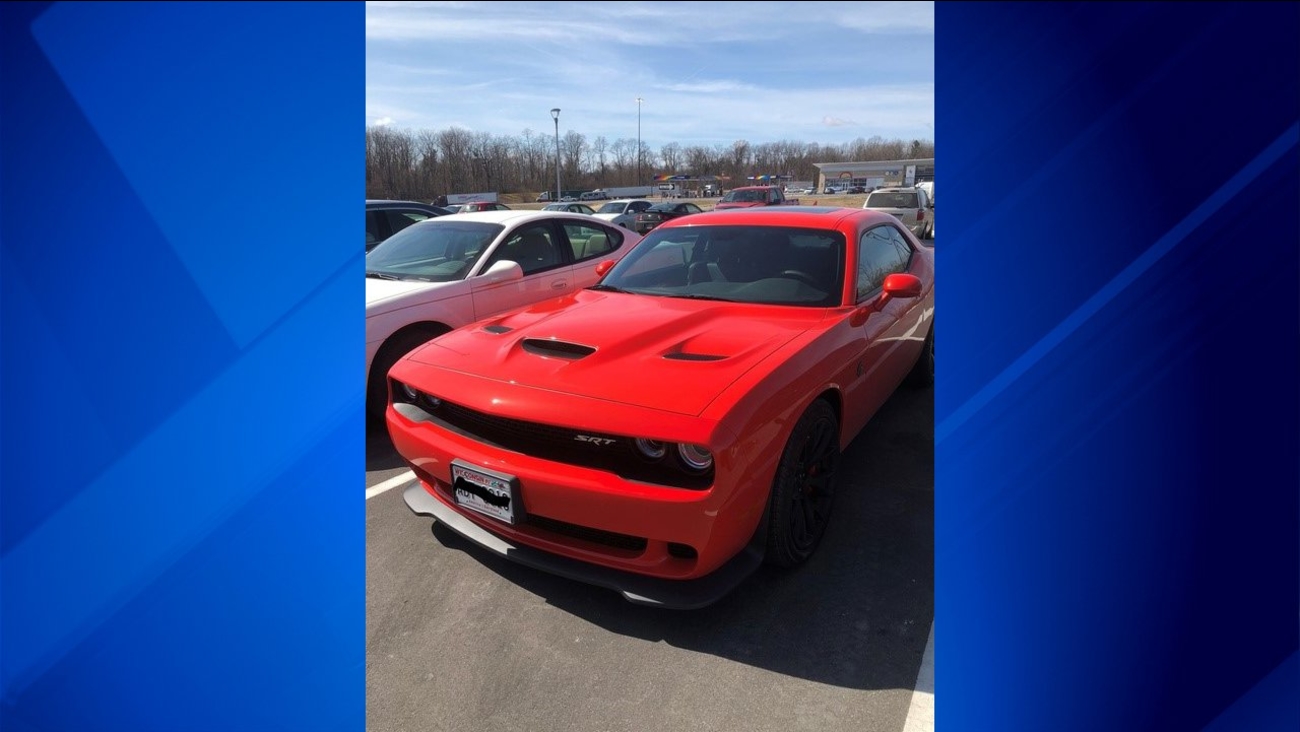 Police say a Lake Geneva, Wisconsin, man was stopped on the Indiana Toll Road after driving over 160 miles per hour in this orange Dodge Challenger Hellcat. (Indiana State Police)

LaPORTE COUNTY, Ind. (WLS) -- Police say a Wisconsin man was stopped on the Indiana Toll Road after driving over 160 miles per hour in an orange Dodge Challenger Hellcat. The driver told police he was "just trying to get to Maryland."

Indiana State Trooper Dustin Eggert said he first saw the Hellcat fly past him on Tuesday around 7 p.m. as he was merging back into traffic. Eggert said the car was weaving in and out of traffic and not using turn signals. Eggert tried to catch the Hellcat, but said he soon found himself driving over 150 miles per hour while the Hellcat continued to pull away.

The Hellcat was eventually slowed by two semis driving next to each other. This allowed Eggert to catch up to the car and pull it over, approximately 11 miles after the trooper first spotted it.

Sandoval told the trooper he was "driving a bit more than 160 miles per hour and just trying to get to Maryland."

Police said Sandoval was arrested on a preliminary charge of reckless driving. He was taken to the LaPorte County Jail.