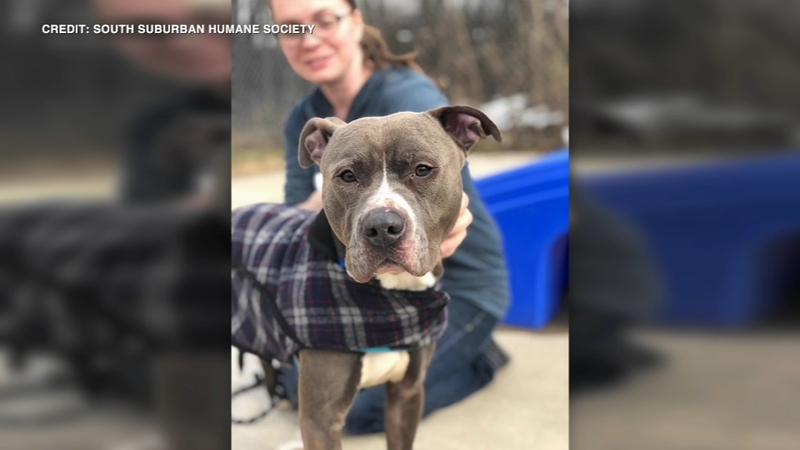 WILLOW SPRINGS, Ill. (WLS) -- A 48-year-old woman has been charged with animal cruelty after a pit bull was found emaciated in a trash bag in Willow Springs last month, the Cook County Sheriff's Office said.

The pit bull was found emaciated and dehydrated in a garbage bag on the side of the road on February 17, the sheriff's office said The dog was taken to South Suburban Humane Society in Chicago Heights, where staff named him Vinny.

Investigators determined that the dog was last owned by Janiel Mixon of Justice. Mixon was arrested on February 28 and charged with cruel treatment of an animal and violating the owner's duties statute, both misdemeanors, the sheriff's office said.

The South Suburban Humane Society posted an update Sunday on Vinny's condition, saying the dog "loves squeaky toys and butt rubs and now freely comes to us for pets!"