7 dogs, 2 of them pregnant, rescued from Porter Township garage fire 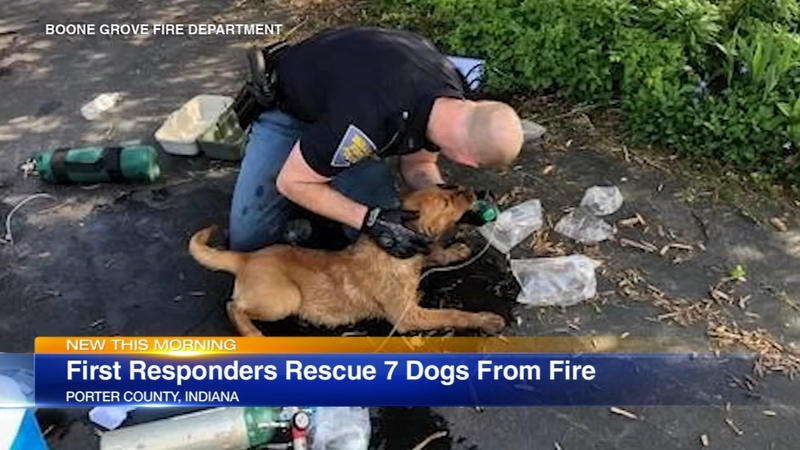 7 dogs, 2 of them pregnant, rescued from Indiana fire


A fire engine was on its way to the home in the 500-block of South 500 West in Porter Township around 4:10 p.m., but state police said the troopers decided not to wait.

They rushed into a smoke-filled garage and rescued seven dogs. Two of them were pregnant. Police said the dogs had breathed in too much smoke and were unconscious.

The first responders, along with the help of some neighbors, started CPR on the animals, which were all Labradors. Police said they also used pet masks to provide oxygen, which were donated by a caring citizen.
All of the dogs survived.

State police said a local breeder lives in the home and the homeowners were not home at the time of the fire.